Gaps Between Comprehensive Approaches of the EU and EU Member States

FF
% Complete
table of contents
Key Messages  This report is written for policymakers and supporting officials interested in establishing more comprehensiveness in EU external action, with a particular focus on conflict, crisis and post-crisis transition. Investigation of the potential of a comprehensive approach at the EU level was recently advanced with the joint launch in December 2013 of the Communication entitled “The EU’s Comprehensive Approach to External Conflict and Crisis” by the European Commission and the High Representative of the EU for Foreign Affairs and Security Policy. The European Council adopted that Communication in May 2014 (Council of the EU 2014b), creating renewed political momentum for further integration of the EU’s external action and demand for actionable follow-up. Moreover, increasing tensions worldwide, and persisting violent conflicts and fragility in the European neighbourhood and on the nearby African continent have given European actors a renewed sense of urgency to build on past reforms and proceed beyond the rhetoric of the Communication to more comprehensive action as a Union. This report has its origin in the Knowledge Platform Security & the Rule of Law (KPSRL), which was established by the Dutch Ministry of Foreign Affairs to promote knowledge exchange and to identify, refine and respond to conceptual and operational questions underpinning Dutch development policy in fragile and conflict-affected situations. One of the Platform’s working groups focused on the “comprehensive approach to human security”. That group proposed, as one of its work streams, policy research to deepen understanding of how to work more effectively through comprehensive approaches involving institutions in the Netherlands, but also how the Netherlands can better relate and interact with efforts to promote more comprehensiveness at the European level. In response to the expectations of the working group, the current report identifies knowledge gaps and makes suggestions for further investigation.
This report builds on earlier ECDPM work in the domain of conflict prevention and post-crisis transition, as well as on complementary research and peer discussions. It was presented at a workshop on the Comprehensive Approach, organised by the Knowledge Platform Security & Rule of Law in The Hague on 12th December, 2014.Photo courtesy of European External Action Service
Loading Conversation
Africa Europe
You may also like
Commentary
Time to clear the confusion around the Comprehensive Approach
Great Insights magazine

Do jobs aid peace? The impact of employment interventions on peace, security and stability
Commentary 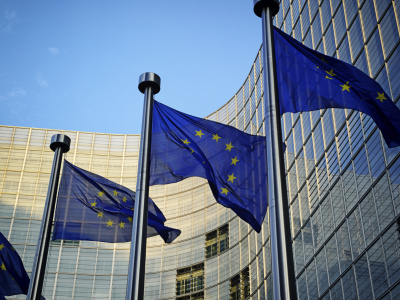 Breaking or making the Commission’s ambition to streamline EU external action
Commentary
Infrastructure in Africa: on technical fixes and politics – Lessons from the annual meeting of the Infrastructure Consortium for Africa
Great Insights magazine

The EU’s migration agenda - what about legal migration pathways?
Commentary
Five points to take away from the ICN2
https://ecdpm.org/work/gaps-between-comprehensive-approaches-of-the-eu-and-eu-member-states