The AU-UN peace and security partnership: Power and politics

The AU-UN peace and security partnership has been strengthened in recent years, but still faces challenges. While many have pointed to the need to improve the technical and operational side of the relationship, Lidet Tadesse Shiferaw argues that it’s equally about power and politics.

Recent years have seen a strengthening and growing momentum of the peace and security partnership between the African Union (AU) and the United Nations (UN). This has been a priority for chairperson of the African Union Commission Moussa Faki Mahamat and UN secretary general António Guterres. The two organisations have put in place several coordination mechanisms over the years, culminating in the Joint UN-AU Framework for an Enhanced Partnership in Peace and Security, which was signed in September 2017.

While much has been said about improving the technical and operational aspects of the partnership, this paper discusses the political dimensions, namely: the lack of permanent African representation in the UN Security Council (UNSC), despite 70% of UNSC agenda topics relating to Africa, as well as the challenges of securing funding for African peace support operations (PSOs). Taking the AU's growing assertiveness as a point of departure, the paper discusses how the AU uses formal and informal ways to overcome the structural asymmetries between the Peace and Security Council (PSC) and the UNSC while also contending with the national interests of its own member states.

This paper was produced as part of the second phase of our project on the political economy dynamics of regional organisations in Africa – PEDRO II. 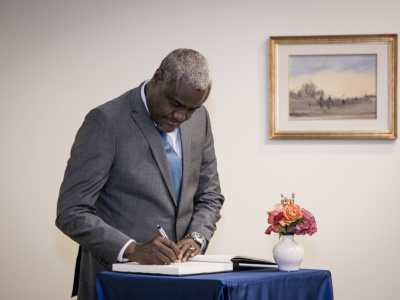 Getting partnerships right: The case for an AU strategy
Brief 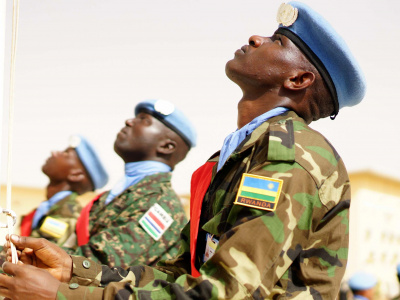 Can the 0.2% levy fund peace in Africa? A stronger AU-UN partnership in accordance with WTO rules
Commentary 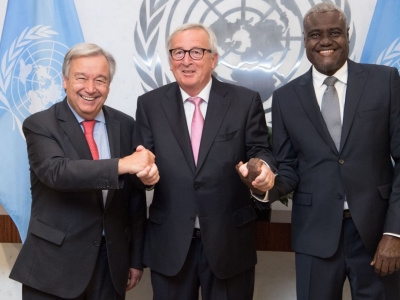