From a European perspective, the outcome is considered a satisfactory result overall, with many of the priorities identified by EU Member States being included one-way or another. But there is still much work ahead….

Not a Time to Rest on your Laurels

With the final report being sent to the UN General Assembly for adoption by the UN Member States, and with the negotiations on the final framework yet to start, there is more work for the EU in the months ahead.

A number of items remained contentious to the very last minute, and many red lines have been crossed in a report that is now adopted as a package deal and has been described by Spain and Italy as the “best compromise” one can get.

This is an area dear to the EU’s heart as it reflects fundamental principles of the EU’s own experience which are an integral part of a sustainable development agenda. While originally the EU wanted to have two separate goals – one for stable and peaceful societies and a separate one for promoting good governance, rule of law and accountable institutions – the final outcome of preserving one goal on these aspects is already an achievement.

Yet, these issues will surely come back in the next round of negotiations that start at the end of this year and should result in a final framework in 2015. The EU thus recognises it needs to continue to have a strong position to preserve the goal, make the language as strong as possible and ensure that other important aspects for peace remain mainstreamed throughout the goal framework.

Division still exists on whether Climate Change should be a stand-alone goal or not. The EU is definitely in favor of having environmental issues reflected and preserved in the final goal framework. Yet at the same time it does not want to prejudge and duplicate efforts of the UNFCCC process and the negotiations taking place at the end of 2015. Whether there will be agreement on the climate change targets outlined last week will also depend on the financing and a ‘means of implementation’ framework underpinning them – something that developing countries most affected by Climate Change will want to have in the final framework and which has been a source of contention so far.

…. and the Means of Implementation (MOI)

Discussions on ‘Means of Implementation’ split along donor and recipient country lines, with disagreement over the balance of responsibility. While the EU Commission’s recent post-2015 Communication pushes for a comprehensive and coherent Global Partnership for the whole framework, the Communication does not yet make clear concrete proposals for goals and targets.

A number of developing countries and emerging economies see such concrete targets as essential to the framework and successfully pushed to have specific Means of Implementation targets under each of the goals discussed in the OWG. While the EU was less happy, describing this approach as incoherent and the targets as unbalanced, they also could not suggest a constructive alternative in the form of a more comprehensive universal MOI framework and a global partnership that is acceptable to all. The EU will have to invest in more conceptual thinking on constructive alternative approaches reflecting balanced commitments.

In the financing aspects of both the ‘Means of Implementation’ and the Global Partnership, the EU seeks to build on the work of the Intergovernmental Committee of Experts on Sustainable Development Financing and may await conclusions from the 2015 Conference on Financing for Development before committing to concrete targets.

Implications for the EU, both at Home and Abroad

Within the EU Council, the Italian presidency has chosen post-2015 as priority sector and discussed post-2015 matters in their informal ministerial meeting. Discussions circled around the EU strategy and position on the sustainable development goals in the following months and the way forward in setting concrete targets, indicators as well as implementation and financing methods.

In the lead up to the Post-2015 Summit next year, the EU Council will need to agree on Conclusions and a detailed position on precise goals, targets and indicators following the Commission’s Communication for the next framework. This is in contrast to the lack of a detailed common European position before the negotiations in the OWG.

Beyond this, the EU will have to start thinking about what implications the universal post-2015 framework will have for its own policies internally as well as concerns for international cooperation – specifically when it wants to get serious about Policy Coherence for Sustainable Development (PCSD) which made it into the final language. The wording got introduced relatively late in the OWG process and was accepted in the final document by most countries. European countries played an instrumental role in highlighting the concept. The message of PCSD is an important one and it is surely a step forward to agree on it in a global context, but the challenge is whether everyone knows what this means in reality. More work is needed to translate the PCSD concept into operational targets in the post-2015 context.

There are a number of internal European processes that the global post-2015 agenda may influence, outside of discussions in development or environmental circles. One of them is the Mid-term review of Europe’s own growth and development strategy ‘Europe2020’, for which the Commission has launched a public consultation and has published a Communication. As the post-2015 agenda is universal, the development goals will also be valid for European countries. Ensuring coherence between the global development discussions and the review of the Europe2020 strategy will be a good start to ensure Policy Coherence for Sustainable Development.

The views expressed here are those of the author, and not necessarily those of ECDPM 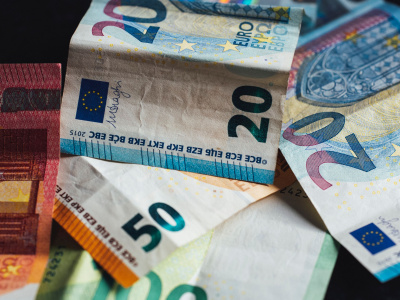 The beauty contest is over: High time to reform the European financial architecture for development
Great Insights magazine