The start of 2008 marked the quiet death of over 30 years of Lomé/Cotonou preferences, and yet most African, Caribbean and Caribbean (ACP) countries did not lose their privileged access to European markets. Eighteen African states, including most non-least developed and some least developed countries (LDCs), have initialled interim Economic Partnership Agreements (IEPAs) with the European Union (EU), as have two Pacific non-LDCs, Fiji and Papua New Guinea (PNG); the Caribbean countries (CARIFORUM) have gone further and have agreed a full Economic Partnership Agreement (EPA), signed on 15 October 2008. The remaining ACP countries, apart from South Africa, now export to the European market under the EU Generalised System of Preferences (GSP): its favourable Everything But Arms (EBA) sub-regime in the case of LDCs, and the less favourable standard GSP for Nigeria, Republic of the Congo, Gabon and seven Pacific countries (Cook Islands, Federated States of Micronesia, Nauru, Niue, Palau, Marshall Islands and Tonga). South Africa continues to export under its own free trade agreement (FTA) with the EU, the Trade, Development and Cooperation Agreement (TDCA).

As World Trade Organization (WTO)-compatible free trade deals, the (interim) EPAs have removed the risk that the end of the Cotonou waiver would result in some ACP losing their preferential EU market access. Free from the pressure to meet WTO commitments, the parties can now continue negotiations towards more comprehensive EPAs, based on their initial development objectives.

But what exactly have countries agreed to and what are the implications so far for regional integration in Africa?

Loading Conversation
Africa
You may also like
Great Insights magazine
Constructing Markets through Value Chains: For whose Benefit?
Commentary

Finding a new point of departure for the future of UK-EU development cooperation after Brexit
Paper
Costs if you do, costs if you don't: Promoting responsible business and reporting - challenges for policy makers
Brief
Some legal issues related to the EPAs
Commentary
Brexit: First post-referendum thoughts
Great Insights magazine 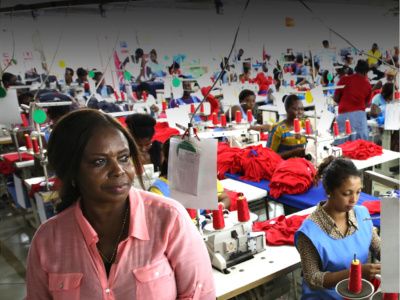