Will European public opinion on international cooperation change in the face of COVID-19?

European public opinion seems to react quickly to perceived crises of the day, but past opinion polls show that support for international cooperation remains stable even in times of crisis. Will this change in the face of the unprecedented COVID-19 crisis, which has raised questions about the effectiveness of our global governance?

COVID-19 is causing economic turmoil in the world and a public health emergency in Europe, its current epicentre. Several EU member states have posed restrictions on free movement and the EU has also started closing its external borders and limiting non-essential travel.

COVID-19 has hit European economies hard, as several countries, including Italy, France, Belgium and the Netherlands have either totally shut down or restricted the opening hours of shops, restaurants, schools or any places of public gathering. It is redefining the parameters of public policy in the short term within Europe, but as yet, formal surveys of public opinion on how it may impact international and development cooperation are not available.

However, the current crisis has shown the limits of EU coordination and international collaboration in times of urgency. Overall, there have been warnings by experts that many governments, as well as the EU, have been underprepared to deal with pandemics. The EU has taken some action, for instance by creating the COVID-19 expert advisory group, but the EU’s collective response to the health and financial crisis has been limited so far.

Apart from the immediate economic shock, the current outbreak is likely to lead to a longer-term recession in Europe and have implications for political priorities set by the EU and member states. COVID-19 and the public health and economic crisis will shape the public opinion of EU citizens. Changes caused by COVID-19 depend on a variety of factors, such as the severity and length of the epidemic in different member states, as well as the depth of the financial crisis and recession. We can look at how European public opinion has reacted to exceptional circumstances before, but even at best, these are only speculations. The COVID-19 outbreak and its consequences are unpredictable, as the scale of the pandemic is unprecedented.

What can we expect of the effect of the COVID-19 on European public opinion?

Eurobarometer surveys track the attitudes of EU citizens on multiple topics, including political priorities at EU and national level set by the citizens. The financial crisis that hit Europe in 2008 had an immense impact on priority-setting at the EU level. In 2010, when asked about the two most important challenges facing the EU, 90% of respondents picked out the economic situation, 52% chose unemployment, and 41% selected the state of national public finance. As the economic outlook improved over the years, Eurobarometer surveys show that these topics were considered less and less important. In 2019, economic and financial topics had been overrun by migration and climate change as primary issues of concern.

Migration has been rising on the EU political agenda for almost a decade, and it has remained at the top of the agenda, having been picked by 34% of respondents in 2019. We witnessed a similar peak with terrorism as a political priority. When European countries faced a series of terrorist attacks during 2015-2017, terrorism rose as a political priority according to the polls. And when there were fewer incidents, perceptions of terrorism as a priority area also decreased. The perceived importance of immigration seems to have reacted to the ‘migrant crisis’ (peaking in 2015), which has been widely covered in the media. Also in the case of climate change, it is likely that the increased debate, media coverage and campaigning for action has influenced the results. However, in the 2019 poll, not a single topic of concern was mentioned by more than 40% of the respondents.

The aftermath of the Coronavirus outbreak may cause shifts in these political priorities expressed by EU citizens. First, COVID-19 may have an impact through the expected economic recession and second, through the public health concerns and demands to prepare better for future pandemics. Topics such as the economic situation or unemployment will become increasingly important if the EU falls into recession. Due to COVID-19, topics like health, and protecting people against new pandemics, may dramatically increase in political prioritisation given public sentiment.

When asked about the most important issues facing the EU, the standard Eurobarometer does not give health as an option. However, when asked about the most important issues facing the respondents’ national government in 2019, ‘health and social security’ was the most commonly mentioned issue, with 23% of the respondents choosing it. In the context of development cooperation, health was the fourth most commonly mentioned political priority in 2019 after peace and security, education and water and sanitation. Around one third considered health as one of the most pressing issues for the future of developing countries and the proportion of respondents choosing health has remained stable since 2012.

At the same time, support for development cooperation and the EU’s collective foreign policy have remained relatively unaffected over the last decade, despite turbulent events and geopolitical evolutions. The proportion of respondents who think helping people in developing countries is either very or somewhat important has remained at 80-90% from 2009. A study based on Aid Attitudes Tracker (AAT) data, which focuses on the US, the UK, Germany and France, also found that around 90% of respondents think development cooperation is important. For collective European foreign policy, support has remained around 60-70% since 1992.

These survey results seem to indicate that although COVID-19 is likely to cause shifts in priorities of public opinion, underlying public support for EU international cooperation may not necessarily be negatively affected by COVID-19 as such. The economic recession is likely to increase the political priority for financial topics, and the economic situation overall. At the same time, it is possible that global health, which was never before a priority expressed by citizens at the EU level, rises as a new topic to the EU political agenda.

Diseases like COVID-19 do not respect national borders and the pandemic will have an impact on the discussions on global cooperation in the health sector. EU citizens may also demand a more fundamental reflection on the failures of European and international cooperation and a constituency for change may emerge after the crisis phase has passed. 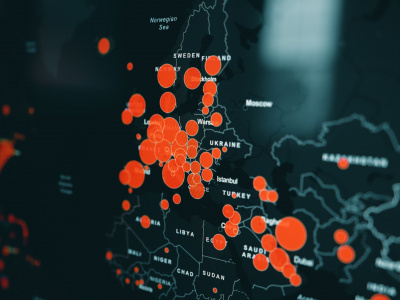 Turning the tables: African and European narratives in the time of Corona
Commentary 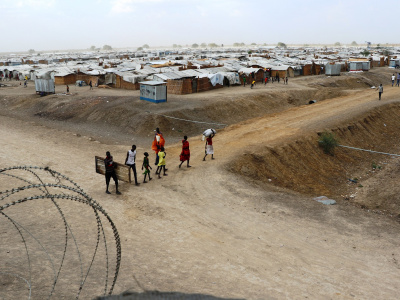 Migration, mobility and COVID-19 – A tale of many tales
Commentary