This commentary was first published by the European Think Tanks Group.

Since Russia’s invasion of Ukraine in February 2022, UNHCR has recorded more than 7.8 million Ukrainian refugees. This huge movement of people has been met with a very different response to the (poorly labelled) 2015/16 ‘migration crisis’. The activation of the EU’s Temporary Protection Directive has offered legal pathways to protection and enabled fast and effective assistance. Many factors underpin this treatment of Ukrainian refugees in Europe, including Ukraine’s geographic and cultural closeness and its status as an EU accession country.

It is hard to ignore how much the narratives of solidarity and expansive policies towards Ukrainian refugees contrast to the increasingly restrictive policies and hardening rhetoric more commonly seen as a response to other refugees arriving in Europe.

The EU’s robust and unified response is to be welcomed. However, it is hard to ignore how much the narratives of solidarity and expansive policies towards Ukrainian refugees contrast to the increasingly restrictive policies and hardening rhetoric more commonly seen as a response to other refugees arriving in Europe. There can be little doubt we are witnessing the emergence of a racialised refugee hierarchy in several EU member states. This has profound implications for Africa-Europe relations.

This refugee hierarchy was on display from the first days of the conflict when African students fleeing Ukraine were trapped at Ukraine’s borders. Later, the principle of unequal treatment was enshrined in Polish law. The country’s Special Law on Assistance for Ukrainian Citizens provided legal status and access to the labour market, healthcare and welfare system to Ukrainians, but explicitly excluded third country nationals who, if eligible, must apply individually for temporary protection (even though 84% of Poles agree that all refugees fleeing Ukraine should receive equal treatment).

It is also difficult to ignore the stark contrast of the Ukrainian response with the experience of refugees from the Middle East and Africa who have been met with large-scale and sometimes violent pushbacks at Poland’s border with Belarus. Refugees and asylum seekers from other nationalities have been trapped in political manoeuvring, with Poland and other EU member states taking a hard stance against what is seen to be a deliberate instrumentalisation of migration. This risks further undermining the EU’s asylum system for these migrants.

The differential treatment on display in Poland is underpinned by very different political narratives. Ukrainians are seen as ‘good refugees’, both due to a sense of cultural and historic closeness and because of the ‘identity of the aggressor’ which deeply affects many Polish given their own history of facing Russian aggression. By contrast, other refugees in Poland have been subject to extremely negative narratives painting particularly Muslim refugees as a threat to Poland’s culture, health and security.

In Denmark immigration is similarly a deeply politicised issue, rooted in several decades of anti-immigrant rhetoric. This has included particularly hostile rhetoric towards Muslims who are seen as a threat to Danish security and cultural values. The country has adopted a flurry of increasingly restrictive and deterrence-centred asylum policies in recent years and provides another clear example of the refugee hierarchy in action. While asylum seekers can have their assets seized to fund their reception costs, Ukrainians are exempt from this law. And as the Danish government pursues its new zero asylum seeker vision, with Syrian and Somalian refugees finding their residency permits revoked leading to return (or detention pending return), Ukrainian refugees can apply for residence permits online without assessments.

And in Spain – which applied the Temporary Protection Directive to Ukrainian refugees and to third country nationals escaping Ukraine – this more expansive approach can be contrasted to the pushbacks on the country’s southern border. In June, at least 23 African migrants died when around 2,000 migrants tried to climb the heavily fortified fence that separates Morocco and Melilla. There was little attention to this violence against African nationals in wider European media. Such violence persists despite the Spanish public having generally welcoming and supportive attitudes towards refugees.

This emerging refugee hierarchy has a number of practical impacts on African migrants as the major stress on asylum reception and integration systems plays out across Europe.

In Ireland, for example, over 62,000 Ukrainians have arrived, a huge number in the context of annual asylum applications in the range of 4,000-5,000 in the pre-pandemic period. Ireland’s emergency accommodation capacity is under unprecedented pressure, with some international protection applicants turned away from accommodation centres and plummeting standards documented in protection accommodation. This has particular implications for Africans, given the top countries of origin of Ireland’s asylum seekers in 2022 include Somalia, Nigeria, Zimbabwe and Algeria.

In the Netherlands, the arrival of over 80,000 Ukrainian refugees has also put municipalities under intense pressure. Overcrowding of reception facilities for asylum seekers has been exacerbated by lengthy delays in processing asylum claims. Humanitarian actors had to step in to help authorities supporting asylum seekers in these facilities. Finding housing for permit holders is especially difficult and municipalities and provinces, some of which have favoured sheltering Ukrainians over refugees from other countries, have been asked to support the Central Agency for the Reception of Asylum Seekers (COA) to relieve pressure on reception centres. Germany’s accommodation system for asylum seekers and refugees is under similar strain.

The fact that Ukrainian refugees are able to access the labour market has helped relieve some pressure. Indeed, research across Europe already shows that welcoming attitudes, combined with the provision of clear legal status and labour market access, can enable much faster and more effective integration.

The implications of the EU’s refugee resettlement commitments

The COVID-19 pandemic, the change of regime in Afghanistan, the Russian invasion of Ukraine, and now the global economic and energy crisis have all contributed to the de-prioritisation of resettlement places and a failure to meet and step up prior commitments. Indeed the global situation for resettlement looks bleak: a record 2 million refugees are projected to be in need of resettlement in 2023 – a dramatic increase of 36% over the past year. In 2021, just 22,500 resettled refugees arrived in EU countries, accounting for just over 1% of global needs.

While the EU hosted an unprecedented forum on refugee resettlement last summer, with the goal of reviving this vital refugee protection tool, the commitments made have not translated into action. Current resettlement figures to the EU look like a “drop in the ocean” compared to the millions of Ukrainian refugees welcomed.

The EU toughens its stance on its external borders

The crisis has also resulted in the EU hardening its borders. Given the already intense pressures on reception systems, the risk of an increase in Ukrainian refugees triggered by Russia’s latest attacks on energy infrastructure and of societal support for asylum waning, most EU member states have put an increased focus on reducing irregular migration from the Western Balkans and other migratory routes from Africa. This is illustrated in the Western Balkans,  for example, by the EU’s pressure on Serbia to align visa rules, and the deal between Austria, Hungary and Serbia to reduce migration. For the Central Mediterranean route, the EU Commission presented a renewed action plan to do the same.

The ill treatment of Africans trying to leave Ukraine came at a time of already strained relations between Africa and Europe and was strongly condemned by the African Union as well as individual countries. This is leading to an impression on the African side of a lack of consistency as well as ‘double standards’, given the strong stance applied to migrants from Africa. Combined with the significant impact of the war on food security in Africa, Western reactions to the invasion have rekindled long-running grievances that much of Africa has had with the West, which are likely to undermine the EU-Africa partnership going forward. A serious re-assessment of the EU’s migration and asylum policies, together with a much more honest appraisal of how Africa perceives the EU’s response to this crisis, will be key if Europe is to get the migration dialogue back on track and achieve the stronger partnership with Africa that it needs. 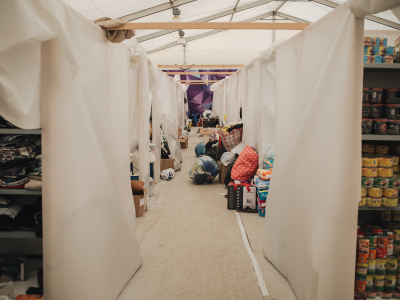 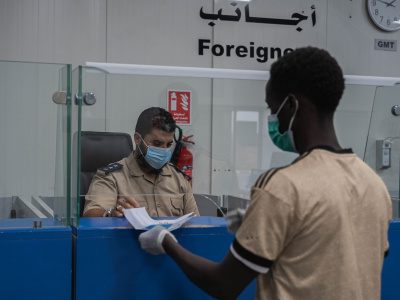 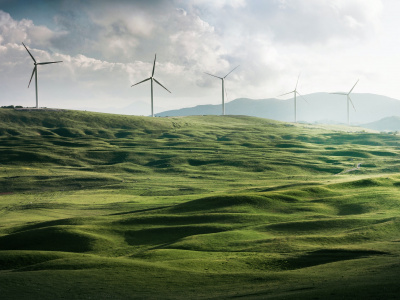 Promoting a global green transition following the Russian invasion of Ukraine – The external dimensions of the European Green Deal
https://ecdpm.org/work/war-ukraine-impacting-africa-europe-relations-migration-dialogue