BT
What's on this page
% Complete
table of contents

Last week, the Intergovernmental Panel on Climate Change (IPCC) launched a report summary on the contribution of food systems and land use to climate change, which was approved by the world’s governments. This followed several recent reports that highlight how food systems and climate change are intrinsically connected, while urging for the transformation of our food system if the Paris Agreement objectives are ever to be achieved.

Food systems emit between 21-37% of global greenhouse gas (GHG) emissions, mainly due to animal production and deforestation for more agricultural land. This makes food systems one of the largest, if not largest, contributors to climate change.

At the same time, climate change would reinforce existing inequalities in the food systems and increase food insecurity. Because of population growth, and especially increased consumption of meat and dairy products, the GHG emissions of food systems are expected to rise by almost 90% between 2010-50. Without the transformation of food systems, the Paris Agreement goals are unattainable.

Contrary to its importance, the contribution of food systems to climate change was scantily mentioned in the negotiations around the Paris Agreement. Thus, the current recognition is especially welcome as current national government commitments, even if they are implemented, are insufficient to limit warming to the 2°C goal agreed upon in the Paris Agreement, let alone the more ambitious goal of limiting warming to 1.5°C.

Governments want to change their agricultural sectors: 80% of the countries that submitted national climate plans target their agricultural sector, which opens a potential window to transform food systems. As food is uniquely connected to many social and environmental challenges besides climate change, this transformation can create synergies that combat climate change and advance many Sustainable Development Goals at the same time.

Food systems impact the environment and our health

The challenges are numerous, but here are a few: On the production side, food systems contribute to the crossing of several ‘planetary boundaries’, which define a safe operating space for humanity. Food systems are the main cause of biodiversity loss and the current mass extinction of species, mostly through clearing forests for more agricultural land, while agriculture accounts for 70% of freshwater withdrawal worldwide. In the meanwhile, a third of food is being wasted or lost.

On the consumption side, malnutrition is the leading cause of poor health and results in one out of five deaths globally. Bad diets contribute more to mortality than unsafe sex, alcohol, drugs, and tobacco combined. Both hunger and obesity are rampant and growing. Undernourishment rises for the fourth year in a row to 821 million people, which climate change will worsen as yields decrease. Almost two billion people are overweight, and no country has reversed its obesity epidemic yet.

On the governance side, the many connections between food and other domains mean that food systems governance cuts across multiple scales, sectors, and levels and thus is highly fragmented. Traditionally, multiple government departments, such as agriculture, health, trade, or environment share responsibility for parts of the food systems, often without coordination and overlapping mandates. Partly due to fragmentation, the trade-offs and synergies in food policy are often not acknowledged.

Much is governed by the private sector through corporate governance. Due to market concentration, it is often only a few companies that hold powerful positions within a food system, which can stifle innovation and reform. On top of these national and private governance arrangements come international commitments, such as the Paris Agreement or the World Trade Organisation. The result is a complex governance landscape where policy incoherence is persistent, coordination is often lacking, and inefficiencies and waste thrives.

Luckily, specific changes in food systems can, depending on the context, address multiple challenges simultaneously through synergy. From a global perspective, we briefly discuss two goals: a reduction in meat overconsumption and a radical reduction of food loss and waste. Obtaining each goal depends on improved food governance, of which we highlight the need for inclusivity.

First, the overconsumption of meat in developed countries is a lose-lose for both the environment and health as it is a large contributor to GHG emissions and increases the risk of obesity and certain cancers. At the same time, more access to animal proteins could reduce malnourishment in poorer communities, and livestock production supports many small farmers in areas unsuitable for crop production. But the spread of a Western-style diet high in animal products is worrying. The Paris Agreement goals are unlikely to be obtained with the current level of meat consumption, but highly unlikely if consumption keeps expanding. Both ‘soft’ policy tools are proposed, such as information campaigns or education, and ‘hard’ tools, such as fiscal penalties and laws – for example a meat tax.

Second, radically lower food loss and waste would create savings throughout the whole food system as fewer resources are needed to give us the food we want, and enhance food security at the same time. Global food loss and waste contributed to 8-10% of total anthropogenic GHG emissions. When food loss and waste is strongly reduced, together with food consumption changes and production improvements, less agricultural land would be needed than what is used today.

Obtaining the goals of reduced meat overconsumption, loss and waste depend on food governance measures which incorporate the multi-level, multi-actor, multi-sector complexities of food systems. Given its complexity, a single actor is unlikely to achieve systemic change. But by including relevant stakeholders in food governance, coordination and policy effectiveness can improve, for example when communities vulnerable to climate change implement and monitor climate initiatives. On the policy level, this inclusion can lead to new institutional arrangements beyond current silo approaches, such as an overarching food policy that coordinates at the system’s level. Already, citizens around the world experiment with local ‘food councils’, and governments debate a ‘ministry of food’.

Acknowledging the crucial contribution of food systems and land-use to climate change is an important political step towards transforming food systems. Besides climate change, food systems uniquely connect to other environmental factors, such as biodiversity and water, and our health. Because of these connections, changes in food systems can advance multiple social and environmental goals through synergistic action. But for this synergy to happen, food governance needs to change, and enhanced inclusion of stakeholders can lead to more coordination, improved policies, and better outcomes.

Particularly in sub-Saharan Africa, food systems are crucial for development and will remain central to future economic, social and environmental relations. At ECDPM, the sustainable food system team aims to contribute to the necessary food system transformations.

For example, at the regional level, we were part of the EU Task Force Rural Africa, which recommended an innovative EU-Africa agenda for rural transformation. This agenda includes linking and synergising climate and sustainable food systems actions.

In Kenya and Tanzania, we test how indigenous vegetables can diversify the food system and improve production and diets. This diversification of food systems can reduce the risks from climate change, improve farmer’s income, and combat malnutrition. Importantly, we also look at the governance of food systems to overcome challenges and involve local stakeholders to create synergies between social, economic, and environmental goals. We hope this will contribute to more vibrant people, communities, and ecosystems.

With the right investments, we can transform food systems
Paper 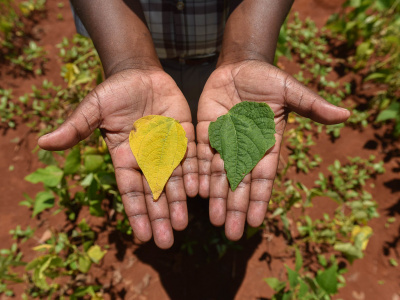 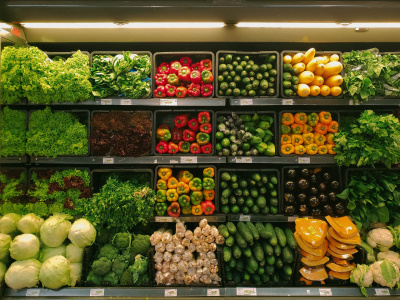 The food systems approach in practice: Our guide for sustainable transformation
https://ecdpm.org/work/transforming-food-systems-to-combat-climate-change