With the sixth AU-EU summit taking place this year, and with European Union (EU) leaders busy discussing how their budget should be spent over the next period, the AU had its own summit a fortnight ago. African heads of state and government gathered on 9-10 February for the 33rd AU summit under the theme ‘silencing the guns: creating conducive conditions for Africa’s development’. The focus on eradicating conflict in Africa is timely given recent developments on the peace and security agenda within the continent, with ongoing conflicts, emerging terrorism threats, climate-related crises and post-election violence.

The new EU Commission has put forth the clear aim to prioritise Africa, but the feeling may not be mutual. The opening ceremony of the AU summit saw statements from the AU outgoing and incumbent leadership, the AU Commissioner and the AU High Representative for Silencing the Guns. Speakers from Palestine, the Arab League and the United Nations (UN) were also invited to join. Yet, missing from this list of speakers was the EU, the AU’s biggest donor to peace and security support, despite the fact that EU Council President Charles Michel was in Addis during the dates of the summit.

This time, leaders at the AU summit focused on discussing internal issues. The outcome was a clearer positioning of the AU on key global challenges that shape both internal African dynamics and the AU’s voice on such matters at the international level. The messaging was for a collective, coordinated and cooperative approach to Africa’s challenges with more continental ownership.

At the summit, five main topics stood out and all of them show a clear intention by the African Union to work towards greater coherence, cooperation and Africa-led solutions.

One: Peace and security

The AU strongly rejected the military solution to the Libyan crisis and prefers a genuinely inclusive political process by the Libyans towards their national destiny. On 30 January 2020, right before the summit, the AU held its eighth high-level meeting on Libya and has now launched an interdepartmental task force on Libya to work with the UN on peace and reconciliation initiatives.

The AU’s stance is in line with the decisions of the Berlin conference that took place in January and called for an end to all foreign interference in Libyan affairs and respect for the UN arms embargo. This position was reiterated on 17 February 2020 by the EU Foreign Affairs Council who reached a political agreement to launch an operation in the Mediterranean to implement the UN arms embargo.

This AU positioning sends a strong signal. In Libya, the AU is opting for mediation efforts, which have had a measure of success elsewhere on the continent. For example, AU-led mediation helped foster an agreement between the government and armed groups in the Central African Republic.

Similarly, in Sudan, the AU’s efforts led to the establishment of the institutions of transition, notably the joint military-civilian Sovereign Council. As eloquently stated by AUC Chairperson Faki Mahamat, “this experience shows that if Africans, independently, tackle the solution of their problems, in good harmony with their international partners, Africa makes the difference.” The AU also emphasised Africa’s collective responsibility towards addressing the crisis in the Sahel region.

Chairperson @AUC_MoussaFaki urged the #AUPSC and Heads of State to speak and act as one united block to end the war in Libya and the threat of terrorism on the continent; to strengthen collaboration in order to address the situations in #Libya and the #Sahel pic.twitter.com/PgiJor50Su

In addition, the AU and the Intergovernmental Authority on Development are currently working together on peacebuilding and reconciliation in South Sudan. Last Thursday, President Salva Kiir and opposition leader Riek Machar agreed to the formation of an inclusive Revitalised Transitional Government of National Unity, two days ahead of the 22 February deadline. Whether the peace deal holds remains to be seen, with pending issues concerning the election of the Cabinet, security arrangements and governorship allocation. Nevertheless, the AU’s strides in mediation show that the mantra of ‘African solutions to African problems’ is bearing fruit.

Strong emphasis was made on AU-UN cooperation in peace and security, and both the AUC and the UN have reaffirmed their efforts to find joint solutions, as witnessed in military operations in Somalia, where UN logisticians back up AU troops. However, there are tensions between the AU’s Peace and Security Council (PSC) and the UN’s Security Council around the issue of financing. The AU PSC is calling for the provision of UN assessed contributions for AU-led peace operations authorised by the UN Security Council.

However, these discussions have been stalled at the UN and the matter is still not finalised. Meanwhile, the PSC has called for a common African position in financing AU peace support, which will strengthen the AU’s position towards securing the requisite funding from the UN.

The AU is working on a number of institutional reforms, and it has already seen progress on restructuring and on reinforcing accountability of the AU Commission. The AU Administrative Roadmap details plans for credible and transparent recruitment systems and processes, as well as a performance management system based on a clear accountability framework. As this is their last year in office, the current commissioners will need to dedicate efforts towards fully implementing the roadmap ahead of the next Commission elections, set for 2021. This will ensure that the next leadership has the capabilities to deliver on the AU’s continental priorities as well as improve service delivery.

There has also been progress on more coordinated representation. This positive step addresses fragmented support from external partners of the AU and helps ensure that the Union, and hence Africa as a whole, has a common voice when engaging with a partner. In detail, at statutory partnership meetings, the AU will be represented by members of the Bureau of the Assembly of the Union, the chairpersons of the various regional economic communities, the chairperson of the Heads of State and Government Orientation Committee of AUDA-NEPAD and by the chairperson of the AU Commission.

On the financing of the AU, the Peace Fund as the principal financing instrument for peace and security activities on the continent is now endowed with $150 million, with the full endowment expected to increase to $400 million by 2021. However, not all AU member states are currently contributing to the fund, raising questions as to whether the funding target will be reached by the deadline. Nevertheless, a successful endowment of the fund will go a long way to ensuring AU’s financial autonomy and effective response through the crisis reserve facility. This, in turn, will enable rapid responses to unforeseen crises. The fund also aims to support mediation and preventive diplomacy and strengthen early warning measures within the continent.

AU member states at the Niamey extraordinary summit last year agreed to finalise the schedules of tariff concessions on trade in goods and of specific commitments on trade in services by 1 July 2020. This is an ambitious deadline, but also highly anticipated to give substance to the AfCFTA, which legally came into force last May. Progress has been made towards setting up the AfCFTA Secretariat, with the appointment of Wamkele Mene as Secretary General of the AfCFTA and the installation ceremony set for 31 March 2020.

The AU summit stressed the obvious point that the success of the AfCFTA depends on its implementation, but also on progress in the development of infrastructure and value chains to enable trade. So far, the Presidential Infrastructure Champion Initiative has coordinated resources mobilisation to speed up implementation of cross-border infrastructure projects. Leaders at the summit called for caution that the AfCFTA does not become a conduit for products with minimal African value addition. As expressed by the current chairperson of the African Union, President Cyril Ramaphosa, “there must be a reasonable standard set for what constitutes a product that is Proudly Made in Africa”. Notably, South Africa was also one of the countries calling for stronger rules of origin during the AfCFTA negotiations, partly to address domestic concerns about its own manufacturing sector and competition from within Africa.

The year 2020 is being flagged as pivotal for gender equality and parity. President Ramaphosa has promised to prioritise the adoption of an AU Convention on Violence Against Women. To date, Africa has witnessed progress towards ending child marriages and female genital mutilation.

The AU has also declared 2020-2030 the ‘decade of the financial inclusion of African women’. Gender inequality in terms of access to finances, land and other productive capacities, not to mention the gender gap in education, skills and wages, has left African women marginalised. The AU Strategy for Gender Equality and Women’s Empowerment specifically includes maximising (economic) outcomes, opportunities and tech e-dividends, and requires the AU to “integrate and implement gender dimensions into AU flagship projects, transformational initiatives and protocols on economic empowerment, financial inclusion and social protection.” These are admirable aspirations, and the renewed impetus may help create more political traction than ever for such cross-cutting issues, where it can be hard to see how the AU can really have an influence.

Mainstreaming gender into the national implementation strategies of the AfCFTA has been suggested as a first step towards making the benefits of the agreement relevant for women. But whether this will actually become reality remains to be seen. The questions surrounding the impact of the AfCFTA on women suggest a need for greater attention to ensure that the agreement enhances women’s economic empowerment rather than marginalise them.

The summit stressed that more needs to be done on adaptation planning and implementation under the Paris Agreement. This sentiment was reiterated by UN Secretary-General António Guterres, who called for “more ambition on adaptation and financing to build resilience of African countries and communities and allow for effective recovery and reconstruction”. Most African countries have a strong commitment towards adaptation in their nationally determined contributions. However, most funding for climate change has mainly gone to mitigation. In Africa, the threat of climate-related crises makes addressing climate change imperative. Alongside his role as AU Chairperson, Ramaphosa will also head the Committee of African Heads of State and Government on Climate Change and has vowed to address all three global goals in the Paris Agreement, namely mitigation, adaptation and support.

All in all, this represents a full agenda for the year ahead. With Africa increasingly cited on the foreign policy agendas of its external partners, not least the EU, it is more important than ever for the AU and its member states to find common purpose and put their agreements into practice. That will be the only way to promote the socio-economic development its member states seek and to go some way towards silencing the guns. With an extraordinary summit on ‘silencing the guns’ (and the AfCFTA) set for May 2020, this clear positioning of the AU on coherence, cooperation and homegrown solutions to tackling peace and security is an optimistic start to the AU’s commitment to this year’s theme.

The opinions are those of the author and not necessarily those of ECDPM. 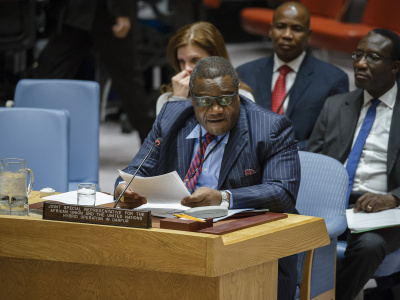 The AU-UN peace and security partnership: Power and politics
Paper 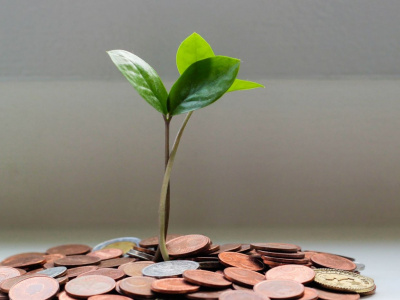 Towards a renewed Africa-Europe partnership for investment
Commentary 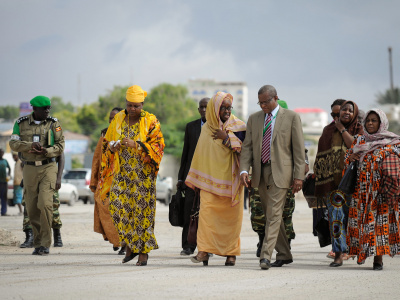 Is meaningful inclusion the next frontier in women in mediation in Africa?
https://ecdpm.org/work/the-african-unions-search-for-homegrown-solutions