The under-tapped potential of trade and investment promotion tools: The Enterprise Europe Network

Trade and investment promotion tools such as the Enterprise Europe Network (EEN) can contribute to making better use of trade policies and agreements to deliver real results for consumers, workers and businesses, with respect for the planet and human rights.

The focus of the Enterprise Europe Network (EEN) on small and medium-sized enterprises (SMEs) is critical. They are the “backbone of the EU economy”, as the European Commission’s new SME strategy points out. SMEs provide two out of every three jobs in the EU. They account for more than half of Europe’s GDP. They also bring innovative solutions to challenges like climate change, resource efficiency and social cohesion.

Global markets are an important source of growth for SMEs, and this will continue in the post-corona era. The COVID-19 pandemic hit the world economy hard, and Europe was not spared. While the virus has spurred protectionist sentiments, isolation is unlikely to help turn the economic tide. Estimates suggest that 90% of global growth will originate from outside the EU in the coming years. While this figure pre-dates the COVID-19 outbreak, the bottom line is unlikely to change. Internationalisation of European companies beyond the EU therefore remains important to ensure Europe’s competitiveness, economic growth and innovation.

More could be done through networks like EEN to take advantage of trade opportunities with third countries. Four avenues in particular could be explored to unlock the under-tapped potential of tools like EEN: (i) maximising geographical scope; (ii) more explicit inclusion of social and environmental issues; (iii) promoting collection and use of company feedback on the design and implementation of trade policy; and (iv) enhancing synergies with development cooperation.

At the end of 2018, EEN was active in 65 countries. These included, in addition to all EU member states, the eight non-EU countries participating in the EU Competitiveness of Enterprises and SMEs (COSME) programme, which co-finances EEN. These countries are Albania, Armenia, Iceland, Moldova, Montenegro, the Republic of Macedonia, Serbia and Turkey. In EU and COSME countries, EEN consortia offer services free of charge, with the EU providing 40-60% of co-funding.

EEN is also active in non-COSME countries. In these countries, EEN partners, called ‘Business Cooperation Centres’ (BCCs), are not EU funded. They participate on a self-financing basis. The BCCs provide a more limited set of services. At the end of 2018 there were BCC in 27 countries, including China, India, Brazil, Japan, the USA and New Zealand. See Figure 1 for all countries with BCCs.

The number of BCCs is on the rise and they contribute to an increasing number of matches between EU and non-EU companies. Nonetheless, there is considerable scope to extend EEN partnerships to more countries. EEN presence is particularly low on the African continent. The Network is currently only active in Cameroon, Egypt, Nigeria and Tunisia. Expansion of EEN activity in Africa would fit the EU’s evolving approach towards Africa, which emphasises deeper economic and trade relations between the continents.

Inclusion of social and environmental sustainability

The European Commission could strengthen EEN’s role in promoting social and environmental sustainability in business development and economic relations between the EU and third countries. This could be done, for example, through more targeted selection criteria and support, and by ensuring that the newly proposed ‘sustainability advisors’ and other EEN sustainability services cover BCC countries. This is fully in line with the European Green Deal, which requires all EU actions and policies to take into account climate and environment-related challenges.

With greater engagement on these themes, EEN could better serve EU values while further enhancing economic opportunities for Europe’s ‘green’ companies. For instance, there is a strong business case for circular innovations, investments and trade relations, as recognised by the Netherlands in its circular economy government-wide programme. Some estimate that moving to a circular economy could bring the EU €550 billion in economic growth and produce two million new jobs.

EEN is a powerful communication channel on EU policies, including trade policies. EEN also provides practical advice on doing business in another country, with BCCs contributing information on national rules and regulations. As such, EEN complements online tools such as the EU Trade Helpdesk, the Trade Market Access Database and the EuroMed Trade Helpdesk. EEN’s network includes a very large number of SMEs with international ambitions.

EEN also collects feedback from SMEs on existing and upcoming EU policy measures. Collecting feedback has been an integral EEN activity since its launch. The Network has different feedback mechanisms, including SME panels, an SME feedback database and online consultations, which it uses for different purposes. However, these mechanisms have been remarkably little used in relation to trade policies.

Nine legislative and administrative initiatives were put to SME panels in 2017-2018. Yet, none related to trade policy matters. More emphasis on trade policies could bring substantial benefits. The EEN evaluation concluded that Network consultations were “an effective instrument to collect inputs from SMEs in the EU policy making process” and went on to suggest that such consultations were “significantly better than the Commission’s public consultations in reaching SMEs in Europe”.

In its SME feedback database, EEN captures spontaneous reports of problems resulting from EU legislation and policies. In 2017-2018, 495 cases were registered. The numbers of cases reported vary considerably between member states and sectors. This hints at the potential for more actively seeking feedback on trade policies. The data in the system could also be analysed for policymakers’ use. Disseminating findings to relevant audiences could incentivise SMEs to communicate more.

EEN has acknowledged the difficulty of convincing SMEs to provide feedback. This is due partly to uncertainties about how feedback will be used and the lack of evidence of feedback having any effect. In addition to more explicit use of feedback, consideration could be given to expanding the SME feedback database beyond EU policies and the single market, to cover partner countries’ trade-related policies.

Development cooperation as a lever

Links between EEN and development cooperation activities are particularly relevant in Africa. These could help shore up business support organisations and their local services, while promoting the capacity of private sector actors to engage with European companies in a socially and environmentally sustainable way. Development cooperation can help address systemic issues, clearing the way for EEN engagement towards new trade and investment relations with the EU and sustainable private sector development in African countries.

Furthermore, feedback collected through EEN on trade bottlenecks between the EU and low-income countries could be valuable to guide development cooperation. Beyond EEN, there are other mechanisms too that can play such roles, including European business organisations in partner countries. This is in essence the third pillar of the External Investment Plan, which seeks to identify specific bottlenecks that governments can address, possibly with support of the European Union. EEN can thus be a valuable tool in the EU’s broader international cooperation toolbox.

An upgrade in EEN’s future

The European Commission announced in its SME strategy its intention to ‘upgrade’ EEN. The considerations and recommendations presented in this article can be part and parcel of this agenda. EEN is a strong tool for promoting business-to-business linkages and trade within the internal EU market. It is time to step up its contributions to social and environmental sustainability and global trade. This upgrade could serve as an example for other trade and investment promotion tools. 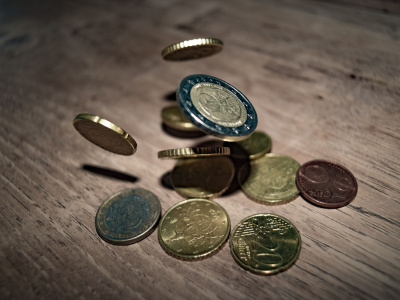