For this project, ECDPM and SAIIA partnered to take stock of key political and economic actors and factors that drive regional cooperation and effective integration in a rapidly changing global environment.

From March 2012 to August 2013, the European Centre for Development Policy Management (ECDPM) and the Southern African Institute of International Affairs (SAIIA) partnered to take stock of key political and economic actors and factors that drive regional cooperation and effective integration in a rapidly changing global environment. The objective of the partnership has been to enhance EU-South African cooperation and understanding and to deconstruct the regional integration dynamics in Southern Africa.

Two interesting dialogues were held with stakeholders in the region to seek a better understanding of political and economic actors and factors that facilitate or hinder regional integration. The meetings brought together public and private actors and researchers to exchange real life experiences and debate concrete cases of regional cooperation/integration. The dialogues also looked at the implications for policy and action by multiple stakeholders, including external actors such as the EU.

The research outputs from this project include a repository of concrete interesting regional integration cases, as well as a discussion paper that looks closer at the drivers of two transport corridors in Southern Africa. The cases are built around three areas: the role of private sector in public-private cooperation towards regional cooperation; governance of regional public goods, with cases on energy, water, wildlife and forestry; and the complexities of infrastructure planning being an essential element of fostering intra-regional trade and cooperation.

For more information, get in touch with Kathleen van Hove. 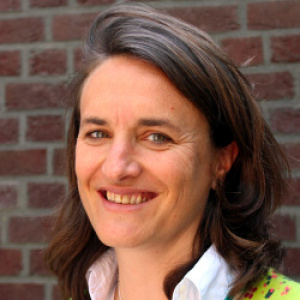 What drives regional economic integration: Lessons from the Maputo Development Corridor and the North-South Corridor

Theme 1: The Regional Integration of Public Goods – by Talitha Bertelsmann-Scott

The trend in monitoring and evaluating progress in regional integration has been towards measuring success or failure on an exclusive trade integration framework. Analysts use the classic Barassa model of integration, where a regional organisation moves from a preferential trade agreement, to a free trade agreement, customs union, single market, and, ultimately, to a political union. However, this approach neglects to examine other processes that are not linked to trade integration, which could be moving ahead and integrating a region, while the trade agenda could be standing still.

There is a perception in the Southern African Development Community (SADC) that progress towards achieving a full implementation of the free trade area has been very slow; and frustrations abound regarding the integration agenda. However, prior to the creation of SADC, its predecessor, the Southern African Development Coordination Conference (SADCC) – which strove to foster independence from South Africa – was considered successful in achieving integration in areas such as water, health and power.

Theme 2: The Private Sector as a Driver of Regional Integration – by Talitha Bertelsmann-Scott

The Political Economy of Regional Integration in Southern Africa (PERISA) project generally asks the research question: ‘Who drives or drove this particular process or outcome?’. This theme, however, seeks to reverse the question to: ‘If the private sector drives a process, what is the outcome for regional integration?’. The general consensus among development and poverty alleviation thinkers is that a robust private sector is necessary for effective and continued growth in developing countries.

Public actors can stimulate some private-sector growth, but for sustained growth, which delivers on more equal income distribution, the private sector needs to grow in strength and independence equal to the public sector. Support programmes for private sector development in Southern Africa are legion and are especially supported by the EU, which is the region’s largest donor. The PERISA project recognises the role played by external actors in the promotion of privatesector development and their involvement in regional initiatives.

Theme 3: The Complexities of Regional Infrastructure Planning – by Lesley Wentworth

Integrating infrastructure is a giant leap on the continuum towards deeper regional integration, allowing for better economies of scale and the development of cross-border public goods. Transport corridors (road and rail), airports and seaports link countries physically, politically and economically, and also provide global market access. Transport infrastructure is often linked to other regional infrastructure projects in energy, communications, and water and sanitation.

The political-economy perspective considers how various players influence the national and regional decision-making context, and what impact their actions (or lack of action) have on the integration agenda. The infrastructure sector is certainly a catalyst for promoting  long-term sustainable development of the region. The success of this relies on willing and competent institutions, political support at the highest level, a community of citizens who understand the rationale for integration, and the need for infrastructure investment and private-sector partners who come to the table with greater ambitions than simply the ‘large profit’ motive.

ECDPM and SAIIA greatly acknowledge the support from the Dialogue Facility, an EU-funded programme implemented in cooperation with the government of South Africa. 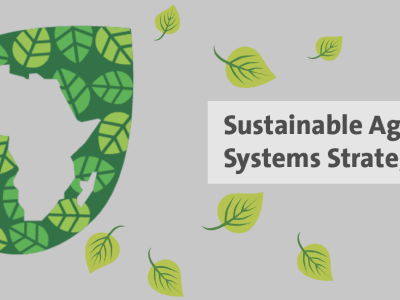