EC communication on trade, growth and development: A good start or a missed opportunity?

What's on this page
% Complete
table of contents
On Friday 27 January the European Commission published its Communication on “Trade, Growth and Development: Tailoring Trade and Investment Policy for Those Countries Most in Need” proposing “concrete ways to enhance synergies between trade and development policies”. It contains all the right words, but does not say much new. As is often the case with EC Communications, the document brings together a breadth of content from across different Directorates within the EC. This leads to a relatively un-controversial document that appears to draw on the main emerging consensus in both fields of trade and development policy and tying in nicely a range of existing policies and agenda issues. In that regard, it is to be welcomed. It is also positive to see reflection on past policies and recognition of where policies could have better bound trade, growth and development together and where some aspects may need “review”. In essence, the Communication stresses, inter alia: Hardly any controversial issue there! Nonetheless, on reading the Communication, there is a sense of a missed opportunity. As it states, the world economy is changing fast, emerging players such as China, India and Brazil are taking an increasingly prominent role with implications for the dynamics of EU engagement with its developing country partners on trade and development issues. But the Communication fails to offer any vision on this potential new dynamic. Besides, to some extent, the “emerging players” have very much already emerged: with rising wage costs, there are a number of countries waiting to take their place in global value-chains. And while the Communication focuses on the least developed and the emerging players, it says very little about those countries next on the development ladder - the low and middle-income countries. The Communication also represents a missed opportunity for the EU to be more explicit in declaring its own (trade) interests and how it intends to reconcile these with its values and development agenda.  In the current climate where European economic growth and employment is also a key policy concern, seeking a win-win relationship on trade and development with its developing partners would seem natural. But unlike emerging players, the EU remains stuck in a benevolent discourse on trade and development, which, unfortunately, may somewhat sound patronising to many of its partners. One set of relatively concrete measures proposed by the Communication is the package for small operators. Nonetheless, these raise a host of related questions. How realistic are these as proposals, how useful are they likely to be in practice, and how will they be operationalized? More fundamentally, how much genuine demand is there from small operators in developing countries to enter into international markets when many of the constraints faced relate more to entering into local and national value chains. For LDCs, where the EC intends to focus its AfT, the effective demand and capacity of small and medium-sized enterprises is even more questionable. How could trade policy be used to encourage this level of integration into the world market? And more broadly, will LDCs be able to better articulate their needs and absorb the additional and better-targeted aid for trade the EU intends to provide? Past experience suggests that it could be quite challenging. The promise to improve aid effectiveness, and notably coordination among EU donors, is also a positive sign. But what are the key lessons since the EU adopted its joint AfT Strategy in 2007, where effectiveness and coordination were already core concerns? The Communication also calls for a more strategic approach to its support to regional integration, notably by addressing regional integration in its political dialogue with developing countries and a greater focus on regions that show political will and have the capacity to deliver. This is very much in line with the tone of the EC during the ongoing mid-term review of the 10th European Development Fund where serious cuts to the Regional Indicative Programmes are being announced. The Communication is sadly silent on any specifics of its reviewed approach. To which extent will the EU adjust its support to regional integration, in which direction, and to do what? The Communication falls short of spelling out any vision. Interestingly, some EU member states seem to show increased interest in supporting regional integration and notably the Regional Economic Communities. One can only hope for good coordination and complementarity in this matter. The lack of reflection on the potential lessons of the African, Caribbean and Pacific Economic Partnership Agreement negotiations, some of which have been dragging on for almost 10 years now, is also a missed opportunity, for a successful conclusion of the negotiations, but also for the broader trade and development agenda, including regional integration. The EU still needs to develop a more strategic approach to its trade and development agenda, one that would entail a vision of the EU as a key actor for developing countries, notably Africa. Clearly, the Communication missed this opportunity. Nowhere is to be seen the promise of the Lisbon Treaty of an integrated approach to the trade and development dimensions in the EU external action. The Communication does not prevent such developments, but does little to stimulate it. On 16 March, EU Trade Ministers adopted conclusions on the EU’s approach to trade, growth and development based on the European Commission’s proposal on this issue. -- San Bilal heads ECDPM’s Economic Governance Programme. Bruce Byiers and Kathleen van Hove co-authored this article. This blog post features the authors' personal views and does not represent the view of ECDPM.
Loading Conversation
Africa Caribbean Pacific
You may also like
Great Insights magazine
Family Farming and Food Security – Volume 3, Issue 1 (December 2013-January 2014)
Commentary
Empowering women in Africa: The only way to achieve food security
Commentary
A balancing act: EU's development and commercial goals in North Africa
Article 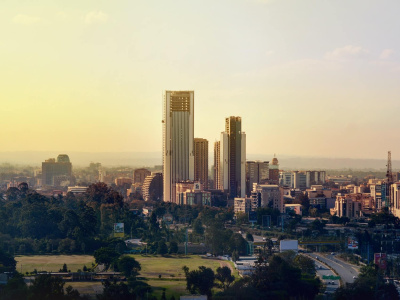