The Africa Milk Project (AMP), which partners the Italian civil society organisation CEFA with the largest Italian milk cooperative Granarolo, just won the first prize at Expo 2015 in Milan for best practice in “Sustainable development of small rural communities in marginal areas”. This rewards their work on the dairy value chain in the rural district of Njombe, Tanzania, along with the local producer organisation Njombe Livestock Farmers Association (NjoLiFA). The project is interesting for a number of reasons. Firstly, it comes at a time where increasing numbers of policy-makers cite the benefits of multi-stakeholder partnerships to achieve development outcomes (see our recent blog). But perhaps more importantly, it raises lots of questions about the long-run feasibility of linking commercially based approaches with attempts to transform the livelihoods of rural, poor households. Can commercial approaches sustainably address poverty when the poorest households are often the most isolated from markets?

A key aspect of the project has been the way CEFA and Granarolo each brought their own expertise to improve both milk production and consumption under difficult conditions. Both also sought a similar objective - having an economic and a public health impact. Granarolo was especially interested in exporting the model it relies on itself - cooperative approaches to milk collection - which aligns with the cooperative underpinnings of  CEFA. The project has helped reduce malnutrition, raise farmer productivity and income, and awareness about the importance of dairy product in the Tanzanian diet – not least through a programme to supply milk to local schools. Average milk production increased from 93 to 220 liters a month for 800 farmers, each benefiting from an increase of 140 percent of their (now guaranteed) income, while the Milk for School Programme provided 58 schools and 24.000 pupils with pasteurised milk, contributing indirectly to improve school attendance. Now 76 percent of the children drink milk everyday and acknowledge it as an integral part of their diet.

Such has been the success of the African Milk Project, that it has gone from a project to a business, with shares held by its previous partners: Granarolo, NjoLiFa, the local authorities (the town and district councils) and the local church diocese. It now produces and sells not only milk and yoghurt but also caciotta, mozzarella and provolone cheeses to a growing market in Dar es Salaam and beyond, with continued outside assistance from CEFA and Granarolo staff. That is no mean feat, given the oft-cited challenge of scaling up partnership projects in terms of quantity while maintaining quality. Here, scaling up meant expanding into new lines of products –yoghurt at first and later cheese – to be able to absorb more milk, given the challenge of storing pasteurised milk; and to optimise production by using by-products, for example milk whey to produce ricotta or to make butter. Further, cheese is a way to store and transport milk, offering access to distant markets such as Dar Es Salaam. Selling raw milk in these markets would not be economically viable. But therein lies the challenge.

Between a rock and a hard cheese

The African Milk Project originated from personal contacts between CEFA’s President and the Njombe church diocese. The developmental needs in Njombe were unarguable, and despite huge challenges, the factory reached break-even point in 2011, so not only financially sustainable but also profitable. While the Njombe population and the pizza eaters of Dar es Salaam are undoubtedly happy with the project, what lessons can be learnt about addressing development challenges while attracting investors to continue and expand the model in an inclusive and sustainable way? Location is key - both from a development but also commercial perspective. Though future prospects remain good, and demand is growing, the market is relatively limited in Njombe, a town of 45,000 inhabitants, while dairy consumption is still not a core part of the everyday diet. Further, the main dairy market in Tanzania is in Dar Es Salaam, around 700 km away. Njombe’s location also makes it difficult to find, attract and retain the necessary skilled staff, with core aspects of the business still relying on ex-pat staff from CEFA and Granarolo. Since pure commercially-minded projects would likely be tempted to  locate closer to markets, excluding precisely the populations most in need of jobs and markets of their products, the role of the CSO partner in making initial connections, brokering and mustering skilled staff is invaluable. While that may make it difficult to talk of complete sustainability in the short-term, at the same time Njombe lies in the SAGCOT corridor area. As such, the complementary changes that brings may also help to further improve the market opportunities closer to home -  infrastructure investments have already reduced the time taken to get to Dar es Salaam and other markets in Northern Zambia. Indeed, the CEFA-Granarolo approach may also help address challenges facing SAGCOT regarding inclusivity in design and the kinds of investments it attracts. As part of a package of approaches, matching CSOs with business may indeed be a key way to help rural populations overcome missing markets and production techniques when the main market is far away while also addressing issues like undernutrition. If at the same time people get to eat mozzarella, this could be the model to follow. ECDPM recently began to study the Africa Milk Project and other business-CSO partnerships to try and draw lessons on the process, drivers and constraints that might inform policy-makers wishing to further promote such ventures. Fore more information, please contact Karim Karaki or Bruce Byiers. The views expressed here are those of the authors, and not necessarily those of ECDPM. In addition to the Department for International Development (DFID),United Kingdom funding, this publication benefits from structural support by ECDPM’s institutional partners Austria, Belgium, Denmark, Finland, Ireland, Luxembourg, The Netherlands, Portugal, Sweden and Switzerland.
Loading Conversation
Africa Tanzania
You may also like
Commentary
US – Africa Leaders Summit: Are we up for a New Deal?
Commentary 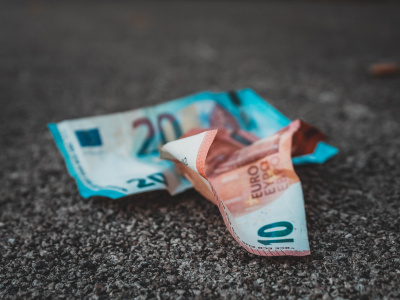 Is international anti-corruption best on the front page or under the radar?
Great Insights magazine