A message to African and European leaders: ‘More of the same is not good enough’

In a few weeks’ time, African and European leaders will gather in Abidjan for the fifth AU-EU Summit. There are plenty of important issues for them to chew on and yet, the agenda once again stays clear of the potentially controversial topics that divide both continents. ECDPM’s Geert Laporte has a message for them. ‘We need to break the silence and the aversion to taking risks if we want a stronger partnership’, he says. ‘More of the same just isn’t good enough this time around’.

The upcoming AU-EU Summit takes place at a moment when both continents are dealing with a number of major common challenges. Climate change, demographic pressures, conflicts and increased migrant and refugee flows continue to affect both continents – albeit to a different extent. The Summit also comes at a time when the Joint Africa-EU Strategy (JAES) celebrates its tenth anniversary and the EU and the African, Caribbean and Pacific (ACP) Group of States are preparing for a complex re-negotiation process on their future partnership agreement, to be concluded in 2020.

Plenty of important things to talk about during the Summit, you would think. Unfortunately, the urgency of such topics does not seem to trickle down to the high-level policymakers and their administrations. Both continents stress their great commitment to the partnership, yet avoid openly addressing the ‘elephants in the room’, fearing it would spoil the party. By the looks of it, success will again be judged by the number of participating leaders, rather than the quality of the dialogue or concrete outcomes.

Structural imbalances in the partnership

To answer those questions, we need to go back to the origins of the postcolonial partnership. Successive Lomé Conventions (1975-2000) and the Cotonou Agreement (2000-2020) between the EU and the ACP Group of States may have been quite innovative in the previous century, but they also kept alive a relationship of dependency.

While policy declarations speak of an equal contractual partnership and joint decision-making and management, in reality, the partnership has never been one of equals. The EU transfers aid money to Africa via its state bureaucracies and elites, and in return expects loyalty to the European agendas. Over a period of several decades, considerable financial envelopes of the European Development Fund have created strong vested interests in Europe, Africa and the ACP-EU institutions. The EU presents itself as the “do-gooder” in Africa in a rather paternalistic way. Aid conditionalities were supposed to help keep up the pressure on African governments to undertake the necessary governance reforms and to accept the EU’s terms for new trade agreements, such as the controversial economic partnership agreements (EPAs).

But recipes of the past no longer work. Africa can choose from a growing group of potential partners. An increasing number of assertive African leaders openly question whether foreign aid should still interfere in the internal matters of their countries. In the meantime, there is ample evidence that EU aid conditionalities and the contractual type of cooperation have no real impact on changing the course of African political regimes. This is an illusion, yet it takes time for the EU to slowly understand these new realities.

While the EU increasingly advocates for a strategic partnership beyond aid, many European and African aid bureaucrats seem to have great difficulties in doing away with the old system. Why change an outlived and asymmetric ACP-EU cooperation if it provides access and control over substantial aid resources for those who are in command on both sides of the relationship?

At a moment when the EU and ACP institutions are more risk-averse than ever, it is considered inappropriate, or even dangerous, to change old habits. That is why the EU and ACP institutions have made a deal to protect what exists and continue with more of the same. It also explains why the future of the ACP-EU partnership – an extremely important issue – is not on the agenda of the Summit. Avoiding any discussion on this matter may be a convenient approach in the short term, but in the long run, it is a major strategic error.

To reverse this deadlock and build a more political and strategic partnership, some fundamental changes are needed on the African and European sides.

The EU and its Member States need to strengthen the coherence of their policies related to Africa. The cacophony of competing initiatives and ad hoc agendas do not contribute to the desirable, more coherent foreign policy as spelt out in the EU Global Strategy. Moreover, the EU would gain more trust and respect if it would be clear about its interests while avoiding the blatant use of double standards. For example, it is difficult to understand how the EU can decide to strike lucrative deals with totalitarian regimes such as Sudan to curb migration and return refugees.

On the African side, a stronger continental leadership with more assertive and self-sufficient institutions is a prerequisite to making the partnership work. The African Union and some of the regional economic communities (RECs) hold the potential to become representative institutions, but the gap with the European institutions in terms of powers, capacities and resources is still too big. While they have more political legitimacy than the ACP Group, the African Union and RECs should invest in structural systems to ensure financial autonomy, make clear strategic choices and prevent the EU or its other strategic partners from dividing the continent.

Most importantly, however, Africa and Europe need to make use of the Summits to discuss their disagreements and irritations – in all openness. At best, they should agree to disagree on some of the most controversial issues and start a process of genuine political dialogue in between Summits. The upcoming Summit would provide an opportunity to set the terms for a frank dialogue on a new type of partnership for the future. But will both parties be able to shake off past habits, break with the vested interests of the past and fundamentally change the course of action? More of the same just won’t be in anyone’s interest this time around. 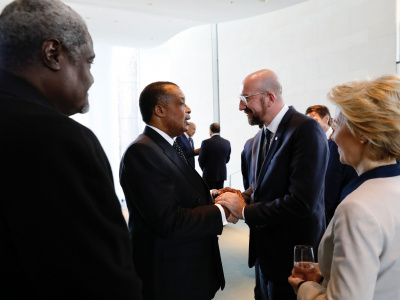 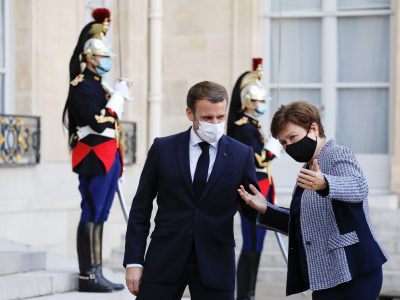 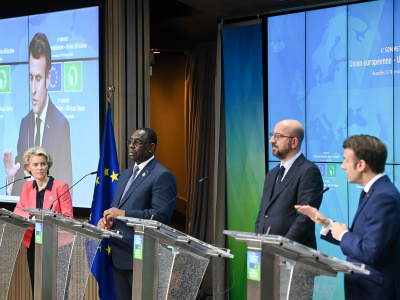 The EU-AU Summit: From diplomatic success to a more balanced investment partnership
https://ecdpm.org/work/a-message-to-african-and-european-leaders-more-of-the-same-is-not-good-enough