The EU-AU Summit: From diplomatic success to a more balanced investment partnership

Last week’s European Union (EU) - African Union (AU) Summit in Brussels is considered a diplomatic success in many capitals. But in many respects, it is also a missed opportunity to rebalance the partnership and go beyond the simple articulation of the EU’s development package for Africa. Hopefully, the summit is only a first step towards more ambitious joint actions between the two continents, building on African initiatives and institutions.

The summit can be hailed as a diplomatic success in several respects. First of all, it finally took place, following a 16-month delay due to the pandemic, in a face-to-face format, with more than 40 African and all 27 EU leaders present. This is no little achievement in the current context – and something we could have only hoped for a couple of months ago.

The high turnout reflects the political importance of the relationship between the two continents, even as Africa faces a greater diversity of partners. It is also a testimony of the high convening power and good entente of French president Emmanuel Macron and Senegalese president Macky Sall, who hold the rotating presidencies of the EU and the AU.

But the summit was perhaps first and foremost a diplomatic success for the EU and its institutions. Having agreed on its multi-annual budget for the 2021-2027 period, the EU was able to articulate a big chunk of its development package for Africa. The fact that it was endorsed is a diplomatic and communication success for the EU and the result of hard and diligent work by the EU institutions.

The highlight of the EU’s financial plans is the Global Gateway Africa – Europe Investment Package. The package is meant to free some €150 billion of investment for Africa through Team Europe initiatives (on infrastructure and strategic corridors, green energy, digital transition, climate resilience, sustainable agri-food systems, supporting the private sector and young businesses, health, education and skills development and environment and nature protection). The EU will mobilise its development instruments, including grants, loans, blended finance and guarantees, to support public and private finance.

This investment package is an opportunity for the EU to brand some of its flagship projects, mostly hastily agreed upon within the EU. This is no little achievement when one knows how cumbersome some of the EU internal processes can be.

Vaccine manufacturing and beyond

Perhaps the most noteworthy endeavour is on health, and in particular on manufacturing and access to vaccines, medicines and health technologies. This initiative is most timely, and needed to boost Africa’s strategic autonomy on pharma-manufacturing. But it is also integrated into broader regional approaches to make quality health products accessible to all and strengthen health resilience, related to the creation of production hubs, the adoption of regulatory and logistic approaches, and the pursuit of research, technology transfer and skill development.

Most importantly, it is primarily an African initiative, led by African institutions, which the EU only supports and accompanies, based on joint activities and true win-win partnerships, as it also serves European interests.

Beyond health, this kind of comprehensive approach that builds on Africa’s own initiatives and institutions could become a template for other initiatives in the partnership.

Notwithstanding these achievements, the summit remains a missed opportunity. Dominated by the EU, its agenda and its instruments, it mostly failed to truly build on African initiatives and institutions or set up new coordination mechanisms for cooperation on innovation and implementation. The summit was also one-sided – it focused solely on Africa, omitting discussions on Europe’s internal issues that matter for Africa.

The summit also didn’t go beyond what was already in the EU institutional pipeline. The encounter with African leaders added little in terms of substance to what was originally envisaged by the EU. Most of what has been announced would have happened anyway, even without a summit. The summit was ‘nice to have’, but definitely not a ‘game changer’, let alone the start of a ‘New Deal’ (as announced in May 2021) or a new ‘Alliance’ (a term proposed by the EU for this summit, which was rejected by the AU).

While the G20 had pledged to work towards reallocating $100 billion out of $650 billion worth of special drawing rights (SDRs) to developing countries, most EU countries didn’t make any commitments here – despite the insistence by African leaders and strong lobbying by France and the EU institutions.

So far, only France, Italy and Spain agreed to reallocate 20% of their SDRs, or a budget equivalent, to countries in need. Belgium and the Netherlands committed to some 3%, amounting to the equivalent of some $13 billion, about 7% of the SDRs allocated to EU countries. This pales compared to China’s pledge to reallocate 25% of its SDRs, worth $10 billion, to Africa only.

In the next months, the EU should step up its efforts and promote greater commitments from EU member states to collectively reallocate 20% of their SDRs, or budgetary equivalents. It should also work with Africa – directly, as well as at the level of the International Monetary Fund (IMF) and in the G20 – to ensure effective mechanisms are quickly put in place to use the reallocated SDRs, through the IMF (for instance with the design of the new Resilience and Sustainability Trust) and with public development banks, or other vehicles.

African and European leaders also failed to address some common issues and resolve some of their differences. The partnership on pharma-manufacturing and the first technology transfer on mRNA vaccines was overshadowed by the failure to agree on a common framework to address the temporary patent waiver at the World Trade Organization, a key issue for Africa where Europe remains a major stumbling block.

Leaders also failed to highlight the growing importance of issues such as trade finance and investment facilitation, with possible cooperation on export credits and between investment promotion agencies.

Perhaps more importantly, a Team Europe approach, centred on European mechanisms and institutions, is not enough to form the basis of a balanced partnership with Africa. Arguably, the way forward is to build on Team Europe to move towards a Team Europe - Africa approach, with more transparent and structured mechanisms, in particular to collectively and strategically mobilise investment.

Such joint approaches with public development banks are the spirit of the Finance in Common summits. The next one, taking place in October 2022, will be jointly organised by the African Development Bank and the European Investment Bank. It could create momentum for more balanced cooperation between the two continents and their (financial) institutions – cooperation that moves away from a donor-recipient framework towards the mobilisation of both European and African resources. Hopefully, the summit is the first important step in that direction. 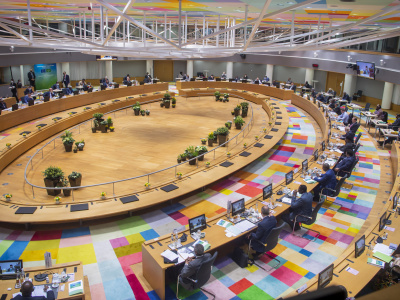 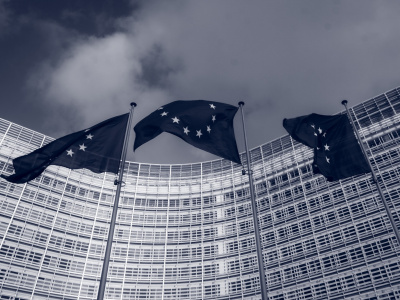 The Global Gateway: A recipe for EU geopolitical relevance?
Paper 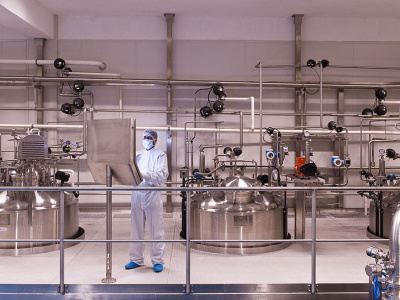