What can bridge the divide between humanitarian aid and development? 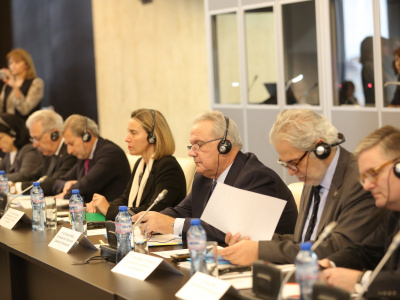 Wanted: A new alliance to defend the neighbourhood and the world in the next EU budget
Great Insights magazine

Building resilience, creating new opportunities in the EU neighbourhood
Report
Taking Stock of the Joint EU-Africa Strategy and Africa’s International Relations
Paper
Fishing in Troubled Waters? An Analysis of the Upcoming Reform of the Common Fisheries Policy from the Perspective of Policy Coherence for Development
https://ecdpm.org/work/what-can-bridge-the-divide-between-humanitarian-aid-and-development