Temptations of protectionism, too hard to resist: The cost for poor countries

What's on this page
% Complete
table of contents
Remember the G20 commitment in November 2008, at the height of the financial crisis, to resist protectionist pressures? Well, according to a newly released report by Global Trade Alert – the brilliant independent monitoring system of policies that affect trade, led by Prof. Simon Evenett – many countries did not resist the temptation. This is hardly a surprise. In fact, one would have expected even more widespread protectionist pressures. What is a surprise comes from the key finding that least developed countries (LDCs) have been disproportionally affected. Without new trade distortive measures, the total value of LDC exports over the period from 2009 to 2013 would have been 30% higher, equivalent to US$265 billion of forgone trade (see graph below). While there were also trade liberalisation measures benefiting LDCs exports, they account for only 1/8th of the losses due to protectionism. And guess what? Two-thirds of these new protectionist measures were imposed by G20 countries, mainly from India (20% of the total of 494 measures identified by the report), but also from the EU and other emerging countries such as Brazil and China. Who would have thought that the BRICS, often portrayed as the friends of developing countries interests, would be hurting LDCs trade the most? And who could have guessed that the EU, which grants duty-free quota-free (DFQF) market access to all LDCs under its Everything-But-Arms (EBA) initiative, would also be part of the protectionist pack? Figure 1: Trade distortions reduced total LDC export growth by 5.5% per annum Source: Evenett and Fritz (2015). The main explanation comes from the smart way Simon Evenett and Johannes Fritz –the authors of this study financed the Swedish Ministry of Foreign Affairs – look at trade measures. Instead of simply focusing on traditional trade barriers like most others do, they also consider other market distortions that affect trade, like tax incentives and subsidies. Further, they not only consider measures directly targeted at LDCs exports (that are very limited in number), but also indirect effects i.e. those measures that affect the competitiveness of LDCs exports to a destination country due to third party distortive trade incentives . The authors estimate that close to 90% of LDCs exports are affected by export incentives received by foreign suppliers in third-country markets  n particular from China, India and Brazil. Looking beyond direct trade barriers also explains why the EU is found to affect LDCs’ exports potential, in spite of EBA. In a recent event in Brussels to discuss the results, we learned that most of the EU’s trade distortive measures concerned agriculture, as well as some EU member states measures to bail out their industries. The implementation of the EU VAT Directive seems to have offered some leeway to distort trade (all elements that are unfortunately not discussed in the report). While all this has not prevented LDCs exports to the EU to increase by 90% from 2009 to 2013, according to Cécile Billaux from EU Trade Commissionaire Malmström’s Cabinet, the report tells us they could have done even better in the absence of trade distortive measures imposed since 2009. Any sense of optimism was immediately dashed by Simon Evenett, who brought some additional bad news: while the study stops at 2013, updated counts by Global Trade Alert show further increase in protectionist measures affecting LDCs since.

Why does it matter and what should be done about it?

(i)     to prefer the multilateral approach, where efforts should be concentrated on;

(ii)   to enhance preferential schemes to LDCS - read DFQF for all LDCS under the WTO (unlikely to be agreed though) and simplified rules of origins (also facing strong resistance); and

(iii)  to limit the potentially negative effects of FTAs on LDCs – including by extending recognition of standards, rules of origins and allowing cumulation across preferential regimes, and by providing support measures.

On all these issues, Global Trade Alert gives us not only food for thoughts, but most needed data that can better inform policy decisions.
Loading Conversation
You may also like
Paper
Agricultural Trade and Production: Comparing Adjustment Support in the Caribbean
Brief 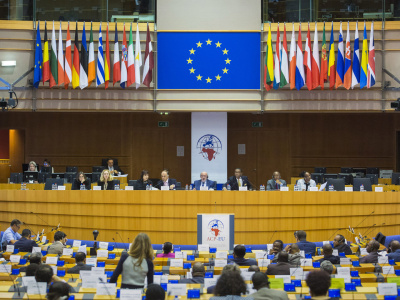