The EU Trust Fund for Africa: A new EU instrument to accelerate peace and prosperity?

The EUTF for Africa was set up at a record speed and formally adopted at the Valletta Summit, held in November 2015. The rationale is to help leverage change in African countries, reverse government practices associated with emigration and to promote tighter Africa-EU cooperation on issues of migration control, return and readmission. Originally, the EU Trust Fund was intended to finance the EU’s Sahel Action Plan adopted in April 2015. As the refugee crisis unfolded, the Trust Fund’s focus shifted towards bringing stability and addressing the root causes of destabilisation, displacement and irregular migration in Africa “by promoting resilience, economic and equal opportunities, security and development and addressing human rights abuses”, in three vast and very different regions: the Horn of Africa, the Sahel and Lake Chad, and North Africa. To achieve these objectives, four broad types of interventions can be funded by the Trust Fund: 1)     Economic programmes, with a focus on employment creation, particularly for youth and women, and the reintegration of returnees; 2)     Resilience projects, geared to improving food security and to providing services for local communities and refugees; 3)     Migration management, including fight against irregular migration and smuggling, return, readmission, international protection and legal migration; 4)     Governance and security, including interventions in the fields of rule of law, security and development, border management and conflict-prevention systems. The Africa Trust Fund rapidly mobilised €1.8 billion, drawing massively from the European Development Fund (EDF) - mainly reserves and regional programmes. The expectation was that EU Member States would match it with an additional €1.8 billion. However, to date Member States have been slow to sign up, with a shortfall of some €1.7 billion as of January 2016 of the originally envisaged €3.6 billion. In a context of general austerity, some Member States find it hard to mobilise additional funding; others claim that European Development Funds diverted to the Trust Fund, should already be counted as Member State contributions.

A large portion of the EU Trust Funds initial resources are funded by EU aid instruments, meaning that the EU will need to comply with ODA DAC reporting requirements. However, given that other finance sources, such as DG Home budget or EU Member States, also contribute to the EU Trust Fund, all activities financed by the Africa Trust Fund may not have to comply with DAC’s definition of ODA. The Commission’s Directorate for Development and International Cooperation (DG DEVCO), will hold a veto power as Chair of the Trust Fund Board, which could help mitigate a risk of diverting aid from development purposes - a concern expressed by some NGOs and African officials interviewed.  A closer look into the description of activities for the first pipeline of projects (Horn of Africa) suggests a strong focus on the Valletta Action Plan’s priority domain No 1: “Development benefits of migration and addressing root causes of irregular migration and forced displacement”, which falls under ODA’s current definition. The boundaries between stability and development are not always clear-cut. Funding border, security and irregular migration management activities can also have a positive impact on human development trends. Development effectiveness will depend on the rationale for choosing and designing interventions: is it the EU’s fear of irregular migration or is it the EU’s commitment to sustainable development?

African leaders complained that the amount of money to be channelled through the Africa Trust Fund was inadequate, particularly in light of the EU-Turkey mammoth deal exchanging €3 billion (with a focus on immediate humanitarian support) against stemming the flow of refugees from the Middle East to Europe. But the Africa Trust Fund needs to be put in perspective. The EU and its Member States provide more than €20 billion in aid annually to African countries, with the objective to promote long-term development. If we look at the 11th EDF national indicative programmes (2014-2020) and the Agenda for Change policy priorities, we can see that the EU is already supporting focal sectors that contribute to inclusive and sustainable development, and which in principle are relevant for addressing root causes of instability and the lack of opportunities that compel some people to leave their country. These include sustainable agriculture, food security and/or building resilience, and promoting good governance, state and peacebuilding. The 11th EDF allocates €1609 million for Ethiopia, Somalia and Uganda combined, representing around 11% of the total allocation to national programming. Funds channelled through the Trust Fund to these countries represent an average of 8.5% of the total allocation to these countries (national programming and trust fund combined), this amounts to nearly 15% in the case of Somalia, and only 2% in the case of Uganda. Of course, this relatively small additional funding can be very important if wisely used (for instance by targeting key regions) but the expectations are also incredibly high, and may not easily fit into the EU’s ‘results agenda’. Tackling ‘the root causes of irregular migration’ is a lengthy, non-linear, unpredictable process, depending on many more contextual factors than support from financial and technical development partners; yet the narrative around the Africa Trust Fund suggests that aid can buy partner countries’ cooperation (cf. in readmission and strict border management), and hence curb migration flows to the EU. However, all available political economy studies highlight the need to understand the dominant political and institutional forces and factors that constitute the incentive environment for governments to take up reforms, and that indicate that the potential for outside actors to shape and influence this environment is usually limited (an example is the EU’s Governance Incentive Tranche).

From a perspective of aid impact and development effectiveness, several questions should be raised when discussing the Africa Trust Fund.

Still missing: a sense of realism

EU leaders are confronted with an unprecedented human tragedy that is putting at risk the EU’s integration project, putting policy-makers under pressure to find an urgent solution. The EU Trust Fund for Africa has created great expectations, and although it is premature to know whether this Trust Fund will deliver better results than alternative instruments, a sense of realism may need to be brought back to the table. The colossal amounts of EU aid spent in productive sectors in Africa over the past 40 years have without a doubt made a significant contribution to economic and human development in these countries but they have not prevented people from migrating. Additional funding channelled through a new flexible instrument can improve the situation for refugees and prospective migrants and can – if used wisely – promote trajectories towards more prosperity and peace. Yet, expectations need to be managed, with regards to what impact can be realistically achieved with a little extra cash. The programmes and activities funded by the Africa Trust Fund alone are rather unlikely to make a significant difference in accelerating peace and prosperity in Africa, and quickly and effectively addressing the drivers of displacement and irregular migration. This article draws from previous ECDPM research on EU Trust Funds, and in particular from ECDPM’s paper by Volker Hauck, Anna Knoll and Alisa Herrero Cangas: EU Trust Funds – Shaping more comprehensive external action? (Briefing Note 81). Maastricht: ECDPM. About the authors Alisa Herrero Cangas and Anna Knoll are Policy Officers for the Strengthening European External Action Programme at ECDPM.   This article was published in GREAT Insights Volume 5, Issue 1 (February 2016).
Loading Conversation
You may also like
Great Insights magazine
A Challenging Road Ahead – International Migration and the Post-2015 Agenda
Commentary 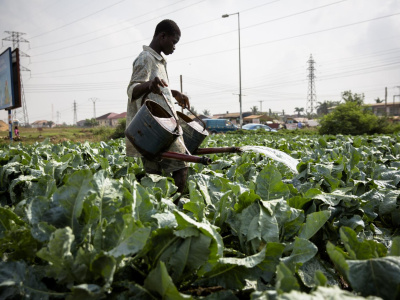 Managing water, energy and food security in times of geopolitical turmoil
Paper
Still a Thorn in the Side? The Reform of the Common Agricultural Policy from the Perspective of Policy Coherence for Development
Commentary
Challenges in 2014: Will it be a turning point in Africa-EU relations?
Paper 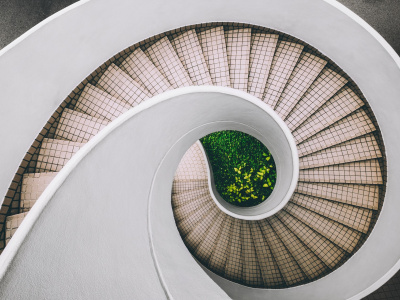 A new multilateralism for the post-COVID world: What role for the EU-Africa partnership?
Paper
Extractive resources for development: Trade, fiscal and industrial considerations
https://ecdpm.org/work/prosperity-for-peace-volume-5-issue-1-february-2016/the-eu-trust-fund-for-africa-a-new-eu-instrument-to-accelerate-peace-and-prosperity