Andrew Sherriff and Helene Vanvolsem comment on the UK government‘s paper on the future of EU-UK relations concerning development aid after Brexit.

There has been much speculative analysis but little hard detail from the UK or EU official parties on the implications of Brexit on EU development policy and aid. Development is not a priority for the two main Brexit negotiators. Hence it came as somewhat as a surprise when, on 31 August, EU chief negotiator Michel Barnier commented:

We jointly support development in Africa, the Caribbean and Pacific countries through the European Development Fund. After this week, it is clear that the UK does not feel legally obliged to honour these obligations after departure.

Some had hoped that the UK would not only continue paying its existing commitments to the European Development Fund (EDF) but that a future EDF outside the EU budget might offer more scope for continued UK financing and, therefore, for substantive UK engagement in EU development policy. Even after Brexit.

Development has always been about more than aid money. Yet UK aid money would be accompanied by an interest to develop a more concrete EU-UK relationship in a sector mainly dominated by warm words on a partnership that means very little in practice. That is, if the UK opted for investing significant aid money through EU systems, then it would be much more engaged in that very system.

The UK broke its silence on the issue on 12 September, publishing a paper on how it envisages its future partnership with the EU vis-à-vis foreign policy, defence and development. The document expresses the UK wish for a “continued cooperation deeper than any current third country partnership” and “unprecedented in its breadth”.

The document deserves more thorough analysis and ECDPM will commit to this at a later date. Yet, at first glance, it appears that, despite development being an older and more established area of UK engagement, the language on foreign policy and defence in the paper appears to be more comprehensive, have more commitments and offers more tangible details and options.

In relation to development, for instance, the paper notes that “the UK will continue to use its international development budget through its international development partnerships” without mentioning the EU, the EDF or any other funds. On the other hand, it offers a very concrete perspective when talking about security and defence, referring to “options and models for participation in the Commission’s European Defence Fund including both the European Defence Research Programme and the European Defence Industrial Development Programme.” This seems to indicate the UK's willingness to engage more actively with such funds rather than with others – such as the European Development Fund, apparently less of strategic interest for the UK.

The paper praises UK leadership in international development and notes its shared commitment with the EU “to eradicate extreme poverty and help build prosperity, peace, stability and resilience in developing countries”. Yet it talks of working closely with ‘European partners’ rather than the EU as a whole. While working together is noted as possible and even desirable, “close collaboration would be on a case-by-case basis and be subject to UK’s standards on full transparency, accountability, risk and assurance, results and value for money.” This hints at a more ad hoc engagement on particular programmes and activities that were of strategic interest to the UK in the development sphere, and with the idea that this could be on UK terms. So it could be envisaged that arranges such as the EU Emergency Trust Fund for Africa and the EU Facility for Refugees in Turkey could continue to get support. These funds are mentioned elsewhere in the paper, but rather as a tool to manage external migration – and without any explicit future commitment.

The intentions and tone of the paper will reverberate around the negotiations on post-Cotonou for the future of ACP-EU relations and the reflections on the next EU budget due to begin shortly. It will also have an impact on the implementation of the EU Global Strategy and the new EU Consensus on Development, not to mention on individual European member states, their ministries and development agencies. Other development partners, including developing countries, will also be asking what these changes imply for them.

Lack of clarity leaves room for creative thinking and change

The paper will disappoint those who wished for a more tangible and comprehensive UK-EU relationship for development in the post-Brexit era. In fact, the document points at a hard Brexit for EU development policy and aid.

Still, the paper provides a realistic assessment of how the UK still wants to pursue its strategic development interests with Europe, mentioning specifically the desire “to work coherently in response to specific crises overseas by coordinating our humanitarian and development effort on fragile states and regions to tackle extreme poverty, as we are doing effectively in Syria, and to help the world’s most vulnerable, including by addressing the root causes of migration and instability, as we continue to do together in the Horn of Africa”. But the lack of precision in the language and commitments in this UK position paper also suggests that nothing has been completely ruled out just yet.

With continued turmoil in British politics and ongoing negotiations, the lack of clarity on what the final deal will mean for development continues as it does in other areas. But this space still allows scope for creative thinking and proposals for future collaboration. 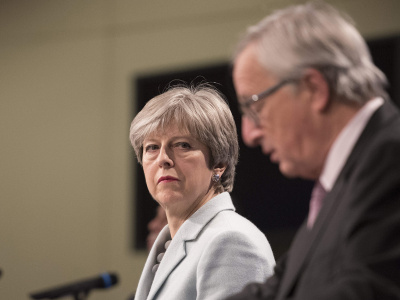 Friends, partners or rivals? The UK election manifestos and the space for foreign policy cooperation with the EU
https://ecdpm.org/work/hard-brexit-proposed-for-eu-development