How to finance development? This is the challenge developing countries have been confronted with for decades, and will continue to be so for years to come. But in a rapidly evolving world, the challenge is taking new dimensions.

Developing countries are becoming increasingly assertive in determining the course to follow. Rapid economic growth and the commodity boom have generated increased confidence in a growing number of countries, in particular Africa, to focus on their own resources to finance their economic transformation and development. Sound macroeconomic management combined with a robust economic recovery following the 2008 global financial crisis has also contributed to this new assertiveness, as well as ensuring the debt sustainability of many African countries (as argued in this issue by the Chief Economist and Vice President of the African Development Bank, Prof. Mthuli Ncube and his advisor Zuzana Brixiová).

Several African countries and institutions have recently dedicated significant efforts to better identify and tap into various, sometimes new (at least for governments) sources of financing, including from within Africa. These include issues such as better and smarter tax systems, increased reliance on stock markets, bonds and equities, greater involvement of sovereign wealth funds (don’t miss the insights by Alan Gelb, Silvana Tordo and Håvard Halland in this issue), harnessing some of the remittances flows, or tackling illicit financial flows (as argued by Momodou E. Touray on page 27). Bankole Adeoye, Director at the NEPAD Agency, offers a concise overview on these questions.

The African concerns are somewhat echoed by the international debate on financing for development, as currently framed by the debate on post-2015 framework. Beyond continued support to some of the poorest countries in the world, aid is losing traction as a key source of financing for development. Instead, the debate has shifted to the leveraging effects official development assistance can have on development dynamics and other sources of finance, as discussed by Erik Solheim, the Chair of the OECD Development Assistance Committee, and in another article by Dirk Willem te Velde.

The future of financing development, including in frameworks such as the post-2015 agenda and the African Agenda 2063, must build on a greater recognition of developing countries own strategies to drive and finance their own structural transformation. Efforts should therefore aim at strengthening and further developing national and regional mechanisms in developing countries, notably in mobilising domestic resources for development, including by enhancing their financial sector and markets. It should focus on providing greater opportunities for multi-faceted public and private sector engagement. Private investment and finance is likely to be the key engine for growth, as argued by Jyrki Koskelo on page ??, with domestic and international development partners contributing through a range of incentives, instruments and initiatives to leverage or accompany private engagement, with a greater focus on sustainable and inclusive outcomes harnessed to the development agenda of developing countries and regions.

In this context, the role of international financial institutions, development finance institutions and other development banks can be instrumental. Lessons and new endeavors by the European Investment Bank, as highlighted by its President Werner Hoyer in his lead article, or from innovative initiatives such as the IFC Catalyst Fund, presented by Dr. Reyaz Ahmad and Johanna Klein, are most promising in that respect.

We hope that this issue of GREAT Insights usefully contributes to this debate.

This article was published in GREAT insights Volume 3, Issue  8 (September 2014).

Towards an Africa-Europe trade partnership
Report

Mapping of EU funding for culture in the ENP
Report
Identifying an Aid for Trade Agenda: Dialogue meeting on Challenges of Changing Agricultural Markets in the context of ACP-EU Trade
Commentary
Do EU evaluations lead to better results? The importance of uptake
Paper
Bringing policy coherence for development into the post-2015 agenda – Challenges and prospects
Brief 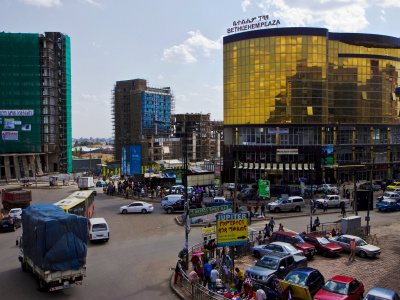