Don’t ignore the elephants in the room – Will the Africa-EU Summit revitalise the partnership?

To make the summit a success strong leadership will be needed on both sides of the partnership to square up to the elephants in the room, sorting out the differences to get on with making the EU-Africa relationship a success. There needs to be a fundamental change in the mentalities and mind-set of both parties to shape the inter-continental relationship and its time for the influential African and European leaders to stand up and to make this work!

The heads of state of both continents will meet for their 4th summit in Brussels On 2 – 3rd April, and more than 30 African leaders will make the trip to Brussels to meet with their European counterparts. The summit is supposed to discuss the way forward in the partnership

The last EU-Africa summit did not generate much excitement. Held in Tripoli in 2010, it was one of the last shows of Muammar Gaddafi with some African leaders openly criticising the partnership with Europe. South African President Jacob Zuma expressed concern that “after ten years of this partnership we have very little to show in terms of tangible implementation of the undertaking we made both in Cairo (2000) and Lisbon (2007)…”

Africa Favours Choice in its Partnerships

In just a few years, Africa has become an attractive bride that can choose among several candidates presenting themselves as generous, reliable and loyal partners. Europe is still one of these partners, but right now it does not have a lot of “sex appeal” – suffering from schizophrenia and impotence the “old continent” is not necessarily an attractive prospect for a long-lasting, happy and exciting marriage.

Adopted in 2007, the Joint Africa-EU Strategy (JAES) had clear ambition to break with the old fashioned model of cooperation and build a new type of relationship reducing the imbalanced dependencies of one partner over the other. There has been some timid “rapprochement” in the areas of peace and security, agriculture and food security, infrastructure, climate change and research. Overall, results of the JAES have remained below expectations, mainly because of a lack of political traction.

At first glance, it is difficult to disagree with “Investing in People, Prosperity and Peace” as an overarching theme for the summit. Every country should find low hanging fruits to like on this tree.

Yet both African and European negotiators have strongly disagreed in the past weeks over the formulation of the political declaration, texts relating to the past and the future of the partnership and specific declarations on Migration and Mobility, Post 2015, Agriculture and Food security Climate and Trade. To some extent these tensions show a more assertive Africa that is no longer willing to “rubberstamp” declarations pre-cooked in Europe. But there is also a clear sign of increasing mutual irritation; suspicion and distrust on issues where one would assume that compromise could easily be reached.

What Difference Can Two Days Make?

It was encouraging to see civil society, youth organisations, private sector, think tanks, development foundations and European and Pan-African Parliaments actively engaged in informal pre-summit events. However, at the official levels, enthusiasm was pretty lukewarm. To make the summit a success, some of the following steps should be considered:

Find Ways to Deal with the Irritants in the Partnership

The summit should tackle the delicate issues that have created tensions between both partners.  Many African countries are increasingly irritated by the prescriptive, patronizing and inconsistent application of the EU’s values and normative approaches. This is already the case on international justice and the International Criminal Court (ICC) where African leaders felt they have been targeted disproportionally, including sitting heads of state to the detriment; they feel, of peace and security initiatives. The emerging issue of equal rights and the European protest against the “criminalisation” of Lesbian, Gay, Bisexual and Transgender people (LGBT) is perceived as interference in national sovereignty by several African countries.

A recent ECDPM report on Political Dialogue on Human Rights concluded that “while the EU should continue to be a “norm entrepreneur” and foster (universal) human rights values through its external action, it needs to do this with sensitivity to local contexts … in the absence of realistic and gradual implementation approaches, EU efforts in the field of human rights may yield limited results and even be counterproductive.” This was demonstrated in countries such as Uganda, Nigeria and Ethiopia where increasingly repressive legislation has been adopted against the LGBT community in the recent past.

Constructive solutions and compromises should also be found to the Economic Partnership Agreements (EPAs) that have been dragging on for more than 10 years. There is now an increasing recognition in certain parts of the EU institutions and member states that “EPAs have been a well intentioned diplomatic disaster”. It remains to be seen whether the imminent deal on the West African EPA – though still severely criticised by West African civil society – will be able to take the wick from the powder keg.

Europeans complain that Africa does not sufficiently fund or implement its own decisions and ambitious declarations that call for an equal partnership putting an end to the longstanding donor-recipient relationship. Action will be required on the Africans too, to alleviate the accumulated frustrations on the European side.

Both sides could also be more articulate about expressing their interests. The EU loves to present itself as an “altruistic and generous partner who knows perfectly well what is good for Africa”. In comparison to being quite explicit on its interests to promote human rights values in its external action “the EU tends to be conspicuously silent on its own geopolitical, security and economic interests in partner countries”

Africa could also be more explicit in spelling out how and where the EU could bring a value added to Africa compared to other partners. Several RECs have expressed interest and appreciation for the European model of regional integration and Europe’s policies on inclusive development, social protection, mobilisation and equitable redistribution of revenue and wealth could be attractive to Africa.

African leaders and institutions have repeatedly expressed the desire to become financially independent from the EU and other international partners to break the chains of dependency. Panels of wise Africans have been established to look into the innovative financing of African institutions. This week African Ministers of Economy, Finance, Planning and Economic Development have seriously looked into this issue at the 7th Joint AU-ECA Annual Meeting. But it appears to be difficult to put good intentions into practice. Yet these are perceived to be key factors in building more balanced partnerships with the EU and other external partners.

There is an urgent need to fundamentally change the culture of dialogue and partnership between both continents. Co-responsibility holds a greater potential for success than conditionality and unilateral imposition and sanctions.

Looking at some specific success-cases and good partnerships like the Comprehensive Africa Agriculture Development Programme (CAADP), trust can still be built, block-by-block, using a bottom-up approach.

At the same time, to ensure strong and long lasting EU-Africa relations, influential leaders on both sides also need to stand up and to make this summit work.

Gender considerations in efforts to prevent the spread of radicalisation and violent extremism
Guide
InfoCotonou: Do Procedures Hamper Policy Ambitions?
Report
Promoting Access to Regional and International Markets for Agricultural Commodities into the CAADP Country and Regional Processes – Mainstreaming the Outcomes of the Policy Dialogues
Commentary 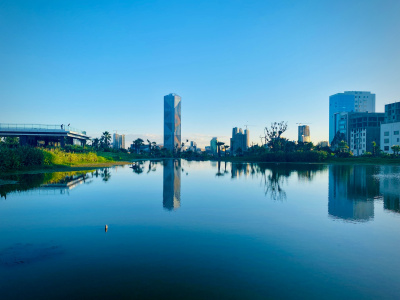