Count down to concluding EPAs: What's really at stake?

The EU is eager to conclude trade agreements with Africa…but at what costs?

After over 10 years, the EU has gotten tired of seemingly endless negotiations and is eager to move on.

The European Union (EU) has given African and Pacific countries until 1 October 2014 to complete new trade agreements between the two, or ratify existing ones, if they don’t want their exports the risk facing higher restrictions to the European market.

While the negotiations at the World Trade Organization (WTO) are in a stalemate, the EU has engaged in a number of bilateral trade negotiations with Asian countries, including India, and last week Japan, Canada and the United States (due to start soon). In this context, Africa seems to have become little more than an annoying negotiating partner.

In 2007, 36 African, Caribbean and Pacific (ACP) countries concluded economic partnership agreements (EPAs) with the EU. With the exception of the Caribbean, all agreements were interim free trade agreements concluded to preserve the market access of these countries to the EU. Under Market Access Regulation (MAR) 1528 of 1st January 2008, the EU granted duty-free quota-free market access to the all the exports from EPA countries.

The problem is that besides Caribbean countries and only four African states (Madagascar, Mauritius, Seychelles and Zimbabwe), none of the other countries have held up to their part of the agreement, not even formally endorsing (i.e. signing or ratifying) them.

The reasons are threefold:

Completing the agreements, addressing concerns expressed and pending issues, and ensuring all countries from a regional grouping are on board, has been the aim of negotiations since 2008. While all African and (Pacific countries) went back to the negotiating table in a regional configuration and some technical progress has been recorded, negotiations are lingering. In September 2011, the European Commission has proposed 1 January 2014 as a deadline for the application of MAR1528, in an effort to entice African countries to conclude regional EPAs, and if not, to start implementing existing ones. Apparently plenty of time to conclude. But the EU decision-making process is slow and cumbersome, in particular when internal disagreement prevails. While the Council endorsed the Commission proposal, the European Parliament, with new power on trade since the Lisbon Treaty, proposed 2016 as a more reasonable deadline. The pro and anti EPAs divide resurfaced, coupled with arguments on the most pragmatic way forward. The compromise found, finally endorsed by the European Parliament on 16 April 2013 (in spite of the left and green party opposition), is an apparently savvy one, at least for the EU. By setting the deadline to 1 October 2014, the Commission and the Council can claim victory: 2014 prevails. It shows some flexibility, close to the anticipated middle way compromise of January 2015. It also coincides with the end of the term of this Commission, allowing for the EPA dossier to be settled under the watch of Trade Commissioner DeGucht. It also provides enough time to prevent the 4th African-EU Summit scheduled in April 2014 to be captured by the EPA agenda (as was the case in the Summit in December 2007)

The ACP Group has complained over the deadline, and so has the African Union in its 6th annual College-to-College session with the EU, which is taking place on 25-26 April in Addis. This is hardly surprising, as many African countries benefit from the current situations. There are good reasons to be concerns over the deadline, or rather the way forward in the EPA process. Whether EPAs are ultimately concluded should not be the issue. The key concern should be about reaching an outcome that is conducive to the domestic development agenda and priorities, and  preserve regional dynamics. The EPAs are not about technical matters, which could have been solved a long time ago. They are about politics, in Africa and in Europe, and about the type of relations Africa and Europe want to develop over time. A deadline is no miracle solution, and EPAs should not become an end in itself, but only a possible instrument in the development toolbox of policy makers. —— San Bilal is Head of ECDPM’s Economic Governance Programme. Read his previous posts here. This blog post features the authors’ personal views and does not represent the view of ECDPM.
Loading Conversation
Africa Caribbean Europe Pacific
You may also like
Brief 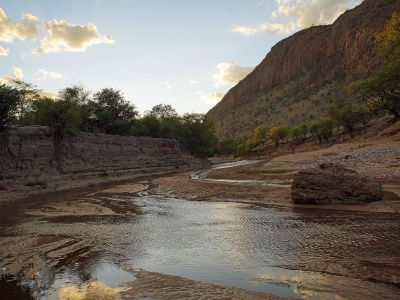