ACP-EU relations: The end of preferences? A personal assessment of the post-Cotonou agreement

ECDPM Board member Jean-Claude Boidin shares his thoughts on the political agreement between the European Commission and the ACP states.

Launched in 2018, negotiations for a post-Cotonou agreement between the European Union (EU) and the African, Caribbean and Pacific (ACP) states have just been concluded. The new treaty retains certain features of the Lomé and Cotonou conventions, but its structure and contents are substantially altered.

The new agreement is regionalised, with separate protocols for Africa, the Caribbean and the Pacific. Its core objectives are political: human rights and peace and security remain high on the agenda, whereas sensitive issues like migration and sexual and reproductive health and rights are also dealt with.

Environment and climate change will receive priority attention in future cooperation, alongside investment for growth and jobs. A striking change is the termination of the European Development Fund (EDF), now part of the EU budget, which means that EU financial assistance will lose its contractual character. The Africa protocol gives ample space to the continental agenda of the African Union (AU) and acknowledges the political guidance of EU-AU summits. It offers to reconcile the ACP-EU legal framework with the continent to continent approach pursued between the EU and the AU.

The ACP-EU partnership has gradually evolved from a preferential relationship towards a reciprocal, interest-driven partnership. Set against a gloomy global environment, its renewal for 20 years embodies the partners’ geopolitical solidarity and their commitment to multilateralism. 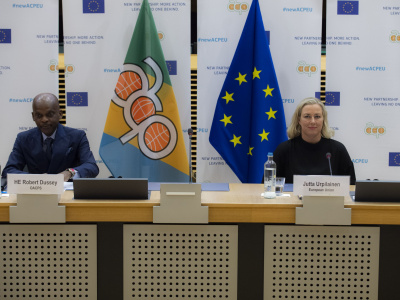 New beginnings or a last hurrah? The OACPS-EU partnership in 2021-2041
Commentary

Negotiating a new agreement with the ACP post-2020: What is at stake in the coming months
Commentary 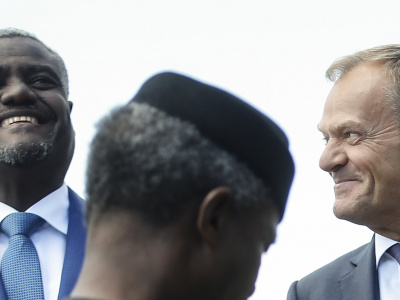 ACP-EU negotiations and the next EU budget: Six crucial weeks to understand which way the wind is blowing
https://ecdpm.org/work/acp-eu-relations-the-end-of-preferences-a-personal-assessment-of-the-post-cotonou-agreement