WTO and EPA Negotiations: For an Enhanced coordination of ACP Positions on Agriculture

The African, Caribbean and Pacific (ACP) countries are participating in two parallel rounds of negotiations which are of crucial importance for their trade and agricultural policies. Most of them, as Member States of the World Trade Organisation (WTO)1, have been participating in the renegotiation since 2000 of the agricultural agreement, implemented in 1995. After the failure of the Cancun conference in September 2003 to finalise a document on trade modalities, the document on which the Member States reached a consensus in July 2004, the so-called July framework agreement, is today used as the blueprint for the agricultural negotiations. In accordance with the timetable set out in article 20 of the agricultural agreement, the renegotiation is scheduled to be completed by the end of 2005, on the occasion of the sixth WTO ministerial conference in Hong Kong. This sixth conference is intended to put at end to the negotiation round launched at the fourth conference in Doha (Qatar) in November 2001, and described as the “development round”. The issues of the multilateral agricultural negotiations involve in particular the three pillars of the agricultural agreement: improving market access by reducing tariff and non-tariff barriers; the disciplines concerning the use of domestic supports so that aids granted to farmers do not distort markets; and the disciplines relative to export supports (export subsidies and other measures having equivalent effects).

Moreover, the ACP countries have been negotiating since September 2002 with the European Union (EU) to put in place Economic Partnership Agreements (APE) on 1st January 2008 between the ACP regions and the EU. These agreements constitute the commercial part of the Cotonou Accord, signed in 2000, which replaces the various Lomé Conventions applied since 1975. The trade regime under Lomé between the ACP countries and the EU was based on non-reciprocal trade preferences; the EU granted preferential access to exports from the ACP countries in comparison to other countries, while the ACP countries were not obliged in exchange to grant the same preferential access to the EU in comparison to their other partners. This regime was heavily criticised on numerous occasion in the 1990s because it did not respect the WTO rules2 and its effectiveness in integrating ACP countries in world trade was contested. The EU therefore undertook to change its trade regime with the ACP countries to comply with the WTO rules, after having obtained an initial dispensation under Lomé IV-bis (1995-2000), followed by a second dispensation under Cotonou (2000-2007) on condition that it would request no more dispensations and that the second dispensation was only provisional pending total compliance by the EU-ACP trade regime with the WTO rules. The EPAs, as free trade areas between an ACP region and the EU, would thus introduce for the first time the principle of reciprocity in trade relations between ACP countries and the EU; such reciprocity could be asymmetric with less trade liberalisation by the ACP countries. The negotiating issues concern the products which can be excluded from the EPAs, the implementation timetable, as well as the development part of the EPAs. 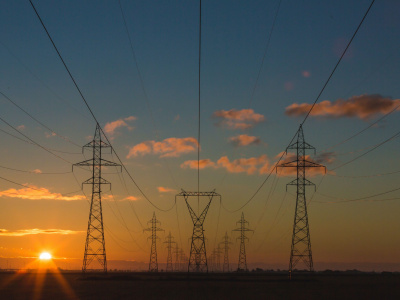