What has thinking and working politically ever done for us?

Development is nothing if not political. Yet development policy and interventions are often premised on a purely technical basis, leading to frustration or surprise when things go awry. That was kind of the starting point for development practitioners and researchers to get together a ’thinking and working politically’ (TWP) community of practice some five years ago. Duncan Green recently wrote about it. The idea was to discuss how to get policymakers and their supporters to ‘think and work politically’ – soon abbreviated to TWP – to take account of political economy dynamics and stop pretending that technical fixes could work.

Fast forward to today, and the community of practice continues to meet, but with slightly different questions. Given the ever-increasing acceptance that development is a political process – creating winners and losers, affecting the distribution of resources, and thereby touching on incentives and power relations – the questions are more about what TWP actually is.

Hands up: Who doesn’t think and work politically?

A starter question on all this is whether the TWP war has already been won. Isn’t everyone now aware of this stuff? And indeed, even if not calling it TWP, aren’t most development folks thinking politically when they set up a project or propose to finance a specific reform? Almost by definition, policymakers and practitioners try to understand the context around the proposed reform – to identify appropriate interlocutors to take things forward and to see what are the main risks involved. Or maybe not. Some still point to the very technical approach taken by some policymakers and (nameless) donor organisations in some (nameless) countries.

So maybe to avoid TWP being a label, it has to be more clearly identified with a set of tools. Although it might seem that one would need at least some basic tools to understand actors and interests, some see this as a risk. Is TWP itself becoming normative in what best-practice TWP looks like and tries to do? Some organisations are creating software to help other organisations carry out analysis of actors, interests and power relations. I attended a meeting at the European Partnership for Democracy, that showcased some, but left me feeling somewhat ambivalent.

Though visually very impressive, the danger is that tools lead people towards procedures, which then kill the idea that it is really about a process: that of analysing and discussing who are the key actors, their interests and power relations. A discussion is potentially more meaningful than a beautifully drawn stakeholder mapping. That is not to say that ‘tools’ are bad, but as one member of the community of practice put it: ‘good tools have to be enabling’. They need to encourage debate, engagement and discussion, rather than add another layer of bureaucracy to get the project or policy signed off. So maybe TWP is more an approach or a mindset than a set of predetermined tools.

Paradoxically, even if there is a sense of growing appreciation of the importance of politics in development, it’s very difficult to prove that taking a TWP approach actually changes anything. As another member of the community of practice pointed out, asking whether a TWP approach is better than a non-TWP approach is a ‘fundamentally unidentified question’ – a FUQ. That is, based on the evidence for TWP working, we’re FUQed. There seem to be few examples out there of applied TWP that can readily point to the added value produced. Indeed, is it maybe that the idea that taking a TWP approach will somehow make all development policies and projects work been oversold?

That said, is anybody out there saying that taking account of politics is unimportant? That it has no bearing on what takes place? Probably not.

So the issue is perhaps more about how all this ‘better understanding’ is then used, how to work politically. And here there is also divergence about what it means.

Is it about selecting reform areas to work on – so opportunities with political traction – or about improving how things are done in a specific reform area? Is it about working with the grain, or about changing the grain? Or is it about both? While classical aid interventions have often been about trying to alter the system of incentives through conditionalities, the big eye-opener of recent years was the call to work with the grain. That is, to accept some key underlying ‘imperfect’ or ‘inefficient’ mechanisms, and try and work within them.

What begins to emerge now is a discussion that working with the grain may actually entrench venal interests, thus undermining development outcomes. Instead it may be better to think in terms of the long-term gain, where instead of falling into the trap of trying to change everything, one can succeed at a micro level within current systems and affect change from there.

One member of the community of practice suggests that donor agencies are probably more about ‘working with the grain’ than civil society organisations who seek to change and transform things. I’m not so sure, and indeed, I would suggest that working with the grain is more than just accepting things as they are. It is trying to identify potential champions and coalitions that exist within a context, who might share the policy objectives.

So perhaps such a dichotomy isn’t very useful? After all, at ECDPM we’ve been talking about the need for more politically-informed approaches to consider five As:

Again, this is not about one or the other. In the end, any kind of policy reform needs a bit of all of those aspects.

It remains possible that many policymakers and their donors are anyway thinking and working politically without really knowing or thinking about it. But even if they are, the way donor organisations work doesn’t generally allow much beyond political economy analysis. Beyond the five As, the idea looking forward is to make small bets. Take small risks, but allow yourself to fail.

But donor organisations don’t work like that. Getting money out the door can be more of a concern whether at a personal level or an organisational level.

What is the role of developing country policymakers in all of this? TWP seems adapted to the needs of external players by offering additional handles and guidance for a better grasp of power and politics, while effective insiders probably don’t really care if they are TWPing or not.

In a Monty Python-esque moment, the question arose: what has thinking and working ever done for us?

The point about TWP is perhaps really that it talks to outsiders – external players who engage in change dynamics in foreign lands who need additional tools and theoretical handles to avoid doing harm, and to hopefully contribute to some sort of progressive change. There always has been some sort of recognition that context matters and therefore needs to be understood, but by taking context as a starting point and pushing people to translate this into adaptive approaches, TWP would still seem to have some way to go before becoming mainstream. 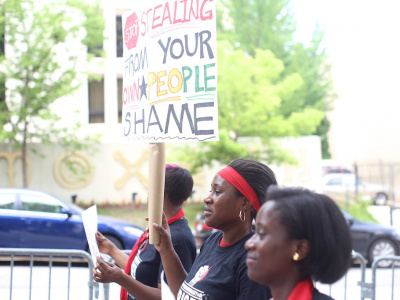 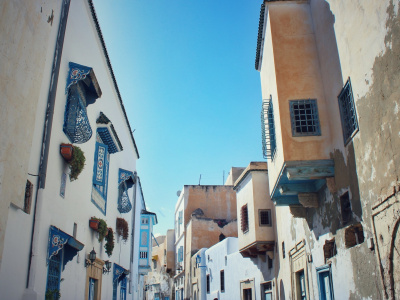 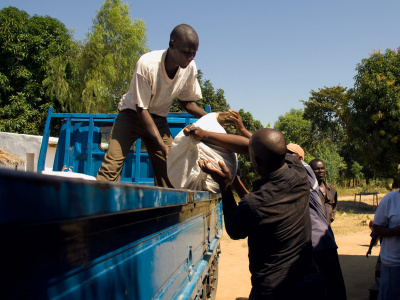 A political economy analysis of the Nacala and Beira corridors
https://ecdpm.org/work/what-has-thinking-and-working-politically-ever-done-for-us