The issue of global value chains (GVCs) is very topical today in light of international trade patterns that are constantly changing, shifting comparative advantages, new forms of specialisation that are emerging, changing technologies, and varying consumer preferences and demands. The debate is mainly centred on the question of how to connect to the global value chain so as to reap the benefits of higher levels of specialisation, revenue growth, technology transfer, foreign direct investment and employment?

Trade is very much driven by economic growth and trade patterns are shifting constantly. It is often observed that the rapid evolutions in international trade patterns are closely related to the notion of 'globalisation', with its implications for competitive conditions in world markets. The main feature of globalisation is that the world economy is characterised by increasingly strong interdependence, through production and trade linkages, higher degrees of specialisation and production centres being spread out on a world wide scale. Governments and business can no longer act in isolation and take independent decisions as they by definition have repercussions in other economies. Geography and physical distance matter less and less, with the efficient IT communication tools of today and the lowering of transport costs.

As a comparative advantage is dynamic and not static, production will always move to those centres where it can be done in the most efficient ways. The rapid evolution in information technology and communication has largely facilitated the instant exchange of information between production centres, which reduces the need to centralise production in one geographical location. Production processes are increasingly broken up and undertaken around the world before the final product is assembled. The examples are multiple, as it applies to most consumer goods and implies that the notion of 'made in' is increasingly losing its relevance as it tells you only part of the story.

The World Trade Organization (WTO) has addressed the issue of GVCs in studies undertaken jointly with the Organisation for Economic Cooperation and Development (OECD), which are aimed at developing new ways of calculating wealth creation through value added chains. As former WTO’s Director General, Pascal Lamy stated [1], global value or supply chains are not new. For decades companies have been importing parts and components for the finished goods they manufacture. Technology has reduced the cost of distance spurring multi localisation. What is new, however, is how pervasive they have become and the degree of complexity they have attained. What is also new is the public debate about what these intricate systems mean for the world economy, for individual economies and for development. This debate takes place against a backdrop of constantly shifting circumstances and evolving technology which, as Lamy indicated, raise challenges for policymakers who must ensure that any conclusions drawn or actions contemplated are in line with the realities on the ground. This means viewing trade from a different perspective. According to the studies, measuring trade in gross value terms no longer makes sense in a world where trade in intermediate goods - a reasonable proxy for global value chain activity - constitutes more than half of world merchandise trade. Trade flows must be measured today in terms of the value added by each production link along a supply chain to the final value of goods and services.

The two Secretariats consider the value-added statistics as very important because they tell the true story of the interdependence that has been forged over the years among countries through trade. Countries are increasingly fused together by joint production arrangements manifested in global value chains. Governments are interested in securing a profitable place on global supply chains and deriving as much as possible of total value-added. Involvement in global value chains allows incremental specialisation through the production and trading of tasks and components rather than entire products. This is the contribution that participation in global value chains brings to a nation's growth, economic diversification and development. If countries are to participate effectively in global value chains and in the progressive upgrading of this participation, governments must provide an appropriate policy environment.

A recent book prepared by the WTO under the WTO Chairs Programme [2], 'Connecting to Global Markets' [3], which was launched by the WTO's Director General, Roberto Azevêdo, addresses some of these very same issues from an academic perspective. The book contains a collection of readings of the 14 Chairs and addresses the question of how developing countries can more fully integrate into the Multilateral Trading System, and more specifically by better connecting to GVCs. It presents findings from different country and regional perspectives.

As Azevêdo pointed out in his opening remarks, the book illustrates the challenges countries are facing in view of the new ways of organising production and how to connect to the trading system, which will lead to a quicker and easier path to growth and economic development. The authors of the book identify a wide variety of challenges identified, such as:

The studies in the book reveal that there is an increased awareness of the economic opportunities provided through international trade, it underscores the primacy of the multilateral trading system, provides powerful arguments in support of trade policy instruments as an engine for inclusive growth and economic development, confirms that connecting to markets and overcoming supply-side constraints are of critical importance to integrate into the Multilateral Trading System (MTS), the need to move up on the GVCs, that there is not a one-size-fits all approach, that there is a need for a coherent policy mix to address supply side constraints, with complementary policies, that domestic coordination of policies is of critical importance, and that more policy-relevant research is required. This sets the agenda in a way for the second phase of the WTO Chairs programme [4], with more research to be undertaken on such issues as GVCs and how developing countries can better connect to those and integrate into the MTS.

During the panel discussions on the book, which included representatives from the beneficiary and donor community, an international organisation and an academic, these conclusions were widely underscored. The panel welcomed the connection that is established between academic work and the policy recommendation emanating from them. In that sense the book clearly fills a gap by presenting different case stories. One panellist indicated that 67% of the total global value created under GVCs accrues to OECD countries while the share of newly industrialised countries (NICs) and BRICs countries is 25%. Hence, the remaining 8% of the total value added is shared among other developing countries. The argument was made that for that very same reason it is crucial to enhance the capacity of developing countries to develop sound policy frameworks on goods and services in order to set a fertile environment for foreign direct investments that will create linkages with SMEs, which are a conduit to access global markets. Also, developing countries need to apply different approaches to enter into new value chains and export diversification. Governments can only exert an indirect influence on multinational enterprises (MNEs) which govern GVCs by incentivising the inclusion of developing country producers in supply chains or trying to assist in upgrading the position of domestic firms and workers within the global value chain.

The clearest message of the book is the importance of the connection that is established between academic work, the value of the analytical thinking and the policy recommendation emanating from them. In that sense the book clearly fills a gap by presenting different case stories. This interconnection is highly relevant in addressing key issues in the post-Bali work programme [5].

The Bali outcome and the way forward

As stated by DG Azevêdo, the Bali package represents an important boost to trade and development around the world. The package contains many key elements highly relevant to developing countries. It is therefore of critical importance to implement the decisions and agreements reached in Bali on the one hand and on the other to advance on the preparation of a clearly defined work program on the remaining Doha Development Agenda issues by the end of 2014. The system can only function with a full participation of developing countries and their voice being heard in the negotiations. This in turn will also facilitate their growth and economic development which requires a good understanding of the system and the capacity of countries to analyse the issues at stake. Here again the Chairs can make a critical contribution in the thinking of the post-Bali work program and more specifically in relation to the policymaking in developing countries.

2. The aim of the WTO Chairs Programme is to build academic capacity in developing countries in order to improve policymaking on trade – and in particular on WTO issues. For the last four years it has supported three main pillars, including curriculum development, research and outreach activities by universities and research institutions.

4. The WCP is renewed for another four years, i.e. 2014-2017 and with the financial support provided by the Netherlands.

5. At the Bali Ministerial Meeting in December 2013, the first multilateral trade agreement was reached since the creation of the WTO in 1995.

6. The views expressed in this article are those of the author only and cannot be ascribed to the WTO. 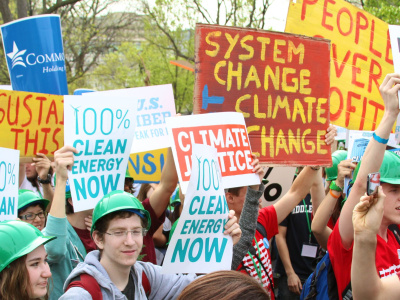 ECDPM Work Plan 2021
Brief
What would it take to make an EPA economically and politically feasible for Europe and Africa? Elements for consideration ahead of the Africa-EU Summit of April 2014
https://ecdpm.org/work/value-chains-and-industrialisation-volume-3-issue-5-may-2014/global-value-chains-in-perspective