The perfect development storm: Do the EU and member states have what it takes to stay dry?

The European Union and its member states are reiterating their commitment to work closely together when it comes to development cooperation. But the reality is still rather sobering. What is needed more than ever is a renewed impetus to turn their engagements into practice and overcome the remaining obstacles to their implementation. The next eighteen months offer some unique opportunities to do so. Will they be seized?

The EU and its member states are short on tangible progress but not on commitments when it comes to working together on development. In the last decade, they have taken major policy engagements on the division of labour, coordination, joint programming, and more.

The new European Consensus on Development is only one of the occasions in which they have re-confirmed their commitment provides a shared vision and a common framework of action in development cooperation. The EU and its member states notably pledged to enhance joint programming to increase their collective impact, and to promote more coherent, effective and coordinated EU support through “joint implementation whenever appropriate”. So far, so good. In the coming months, however, quite a few windows of opportunities will be opening and it is up to the Union and its member states to take advantage of them. Four of them in particular should not be missed.

A favourable political situation in Europe

Some hope that France and Germany, after greater political clarity, will provide the motor for European integration and this will spill onto other areas. The new ‘Alliance for the Sahel’, launched by France, Germany and the Commission – and open to all partners – could trigger a new impulse for an integrated and coordinated approach to address the development and security challenges in the region.

Brexit might also play a favourable role in terms of closer EU integration, as the UK has historically held the handbrake when it came to working more closely together. Having said that, the UK withdrawal will leave a substantial gap both financially (up to 15% of EU revenues) and in terms of development expertise and drive. Might the UK be tempted to engage in more collaboration with the EU institutions in the field in a bid to retain influence – and might the rest of the EU be interested in this?

The negotiations for the next EU Multiannual Financial Framework

The proposal for the next financial architecture of the EU – also known as the Multiannual Financial Framework (MFF) – for the period after 2020 will be presented by the European Commission in May 2018. This offers a once-in-seven-years opportunity to revise the current instruments, and reinforce the incentives to work together.
The negotiations on the next EU budget come in an era of new political realities for Europe in the world, mainly related to migration and security. It is, thus, very likely that these priorities and concerns will have a large bearing on the next MFF, both in its internal and external dimensions.

The upcoming EU bilateral programming for the period after 2020

The European Commission will publish, by the end of this year, its report on the mid-term review of the current External Financing Instruments (EFIs). This report will draw lessons learned from the various evaluations and identify a number of key issues to be considered in the next generation of EFIs after the year 2020. To what extent can the future instruments and a new MFF create a conducive framework and provide better incentives for closer joint EU cooperation?

The report on the coherence of the External Financing Instruments highlights some progress on joined-up action between the EU and member states, but limitations persist. To propose concrete ways for enhancing EU and member states joint approaches, including reducing transaction costs, will be one of the key challenges in the future.

The next guidelines on programming for the EU institutions are due later in 2018, focusing on large bilateral funds. These guidelines will provide detailed instructions and guidance to the European External Action Service, the Commission’s Directorate-General for International Cooperation and Development, and EU Delegations for the programming of the EU’s bilateral development cooperation with partner countries. Can they further incentivise EU Delegations to play a leading role in spearheading member states towards carrying out joint analyses and preparing joint responses at the country level, including programming and implementation?

Surfing the wave of closer collaboration

The ongoing experience with the pilot countries in which the EU and member states are operationalising the humanitarian-development nexus provides an interesting test case on how to bring together actors belonging to different communities (i.e. humanitarian, development, political) to carry out joint analyses and approaches in difficult contexts. As do greater commitments for joint conflict analysis.

Also, the Trust Funds, which have been introduced in recent years to fill the gaps and respond to emergency situations, make an interesting case in point. Although they have been criticised for their focus on quick fixes and lack of ownership by partner countries, they can offer new ways to pool resources and work better and faster together.

There are those who think that such enhanced collaboration will remain elusive. But the example of how the collaboration on defence in the European Union – a project stuck for many years – has progressed significantly in the last few months, revives the hope that the goal for member states to collaborate closer together is not only a mirage. If states found renewed political energy and practical ideas to collaborate on EU defence, will they also be able to find a way to cooperate when it comes to development?

A deeper look is necessary

Whether these opportunities will translate into concrete incentives for change is still a question mark. What we know, though, is that the EU institutions and EU member states working closer together will serve no purpose if it undermines the ownership of partner countries and the EU’s cooperation with other actors. 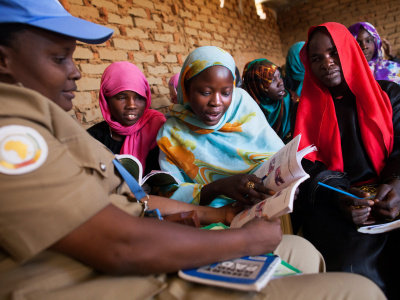 Human development in the EU’s international spending in turbulent times: From words to deeds?
Paper 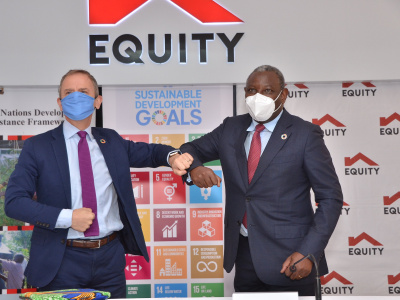 The rise of public development banks in the European financial architecture for development
https://ecdpm.org/work/the-perfect-development-storm-do-the-eu-and-member-states-have-what-it-takes-to-stay-dry