The African Continental Free Trade Area and the politics of industrialisation

November 20 is Africa industrialisation day. To mark the occasion, the African Union has planned a series of activities on the theme ‘positioning African industry to supply the African Continental Free Trade Area (AfCFTA) market’.

This choice of theme is apt given momentum around the AfCFTA and its potential to catalyse industrialisation. To position African industries to ‘supply the AfCFTA market’, African governments must address three closely related challenges: (1) actually implementing the AfCFTA; (2) promoting industrialisation at home; and (3) navigating domestic political dynamics that may or may not be conducive to AfCFTA implementation and national industrialisation.

Industrialisation and the AfCFTA

Promoting industrialisation is one of the main objectives of the AfCFTA. By facilitating intra-African trade and creating an integrated African market of 1.2 billion people, the AfCFTA aims to provide opportunities for African countries, industries and firms to diversify, specialise and benefit from economies of scale, allowing them to become more productive and competitive.

The commercial opportunities and competitive pressures unleashed by the AfCFTA should also stimulate increased domestic and foreign direct investment, which in turn should foster technological upgrading – an important driver of industrialisation.

But the AfCFTA can only support industrialisation if it is properly implemented, and African countries have a mixed record on implementing the trade agreements they have signed through their regional economic communities (RECs).

Most RECs have established functioning free trade areas, but not all member states participate, and those that do often fail to honour specific commitments. This gap between agreement and implementation has hampered trade growth in Africa and undermined the transformative potential of intra-regional trade. African countries must ensure that the AfCFTA avoids this implementation gap.

To maximise gains from the AfCFTA, they should also complement it with efforts to improve trade-related infrastructure and address non-tariff barriers to intra-African trade, including inefficient customs practices. Analysis from the International Monetary Fund suggests that addressing infrastructure needs and non-tariff barriers could have a much bigger impact on intra-African trade than tariff liberalisation under the AfCFTA.

…and so is being able to supply the AfCFTA market

If properly implemented – and especially if complemented with efforts to address infrastructure gaps and non-tariff barriers – the AfCFTA will create opportunities for African countries to trade more with one another. It should also make them more attractive investment destinations. But what it won’t do is magically improve the ability of African producers to manufacture the goods African consumers want to buy.

Indeed, a major criticism of regional integration in Africa is that many African countries lack the industrial capabilities to produce such goods, and that trade liberalisation alone is insufficient to address this. For this reason, many RECs are putting greater emphasis on building productive capabilities, including through regional plans and strategies to promote industrialisation and regional value chains. The added value of these regional approaches is not totally clear, but their focus on improving productive capabilities makes sense.

To capitalise on the opportunities created by the AfCFTA, African countries need to improve their ability to produce the goods (and services) demanded on the AfCFTA market. To do this they need to develop and implement appropriate industrial policies to drive domestic industrialisation and promote the growth of national industries.

For example, many African governments use tariffs and non-tariff barriers to promote and protect domestic industries, including from competition from other African countries. This runs counter to the logic of the AfCFTA, which seeks to promote industrialisation by creating an integrated and more competitive African market.

Perhaps unsurprisingly, when national (industrial) policy objectives conflict with regional integration goals, African countries tend to prioritise their national objectives. Nigeria’s recent closure of its border with neighbouring Benin provides a good example. Nigeria may be justified in seeking to address smuggling, which undermines its industrialisation efforts. But the step it has taken contravenes its regional commitments under the Economic Community of West African States (ECOWAS).

These tensions come to the surface in countries where local industries (and some public officials) benefit from trade protection and have incentives to lobby the government to maintain this protection. In such countries, the interests of political and business elites generate little pressure for leaders to implement regional trade commitments.

Such tensions are not inevitable however. In countries like Kenya, local industries have a strong interest in exporting to regional and African markets, and, as a result, domestic industrial policy objectives go hand in hand with a strong commitment to regional trade integration.

A question of national politics

In countries where political dynamics favour increased trade integration, governments have an opportunity to use the AfCFTA to ‘lock in’ trade-related reforms – including in relation to services, competition and investment – to improve the competitiveness of local firms and industries and spur industrialisation. Businesses and citizens can also use the AfCFTA to hold their government to its commitments on trade integration.

In countries where the domestic political economy has traditionally been less favourable to regional trade integration, the AfCFTA’s potential for supporting industrialisation will depend a lot on whether it can alter the interests and incentives of business and political elites – either by creating new opportunities for commercial benefit, or by facilitating new coalitions of actors with more to gain from AfCFTA implementation. 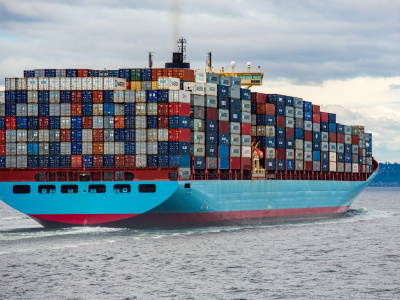 What does the AfCFTA mean for an EU-Africa trade agreement?
Great Insights magazine

A ‘business unusual’ approach for gender equality under the AfCFTA
Commentary 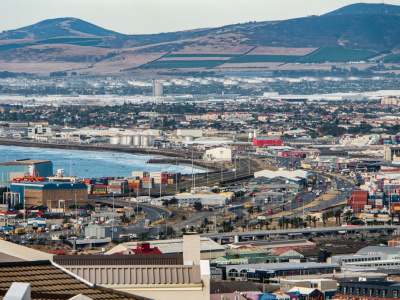 The AfCFTA: From institutional structures to private sector engagement
https://ecdpm.org/work/the-african-continental-free-trade-area-and-the-politics-of-industrialisation