Inclusive Economic Growth Through Women's Entrepreneurship Promotion: What Works and What Doesn't?

Is entrepreneurship promotion a miracle solution to inclusive economic growth? No, we need to temper our expectations and look for alternative and feminist strategies to overcome issues of gender-inequality that underpin exclusive economic development.

With the recognition of entrepreneurship as a key driver for economic development, it is no surprise that many international donors and development organisations nowadays promote entrepreneurship as a potential pathway out of poverty. Both as drivers and main beneficiaries of this growth, women especially have been identified as vital and the ‘new heroes of the developing economy’. As a result they are an important target group in private sector development programmes in general and entrepreneurship promotion (1), in particular.

What is surprising however, is that whereas more and more resources are being directed to develop the entrepreneurial potential of women and support their micro and small enterprises, little evidence is available on how entrepreneurship promotion in developing countries actually leads to economic growth that benefits (or harms) women (2). Development practitioners and policy-makers anecdotally admit that such virtuous development rarely happens and only have intuitive answers to the critical questions: ‘what works’ and ‘what does not’ in entrepreneurship promotion and private sector development programmes, and whether interventions actually contribute to gender-just inclusive economic growth in developing countries.

Research indicates that the effects or alleged benefits of these policies and programmes for women remain unclear and that it is unrealistic to seek ‘miracle solutions’ in policy efforts solely focused at private sector development to overcome issues of gender-inequality, exclusion and marginalisation (3). There are undoubtedly programmes that benefit a number of individual women but when the actual problem is left intact – which is that entrepreneurs, men and women alike, operate in patriarchal economies and societies that are biased against women over men, and as a result constrain women’s position and entrepreneurial success– efforts will remain in vain and without any significant macroeconomic or social impact.

Serious change and real reform has yet to be demonstrated and with a persisting gender bias in entrepreneurship, we need to temper our expectations of entrepreneurship promotion to establish gender-just inclusive economic development that equally benefits both men and women, and look for alternative policy solutions and practices.

If private sector development programmes aspire to achieve inclusive economic growth, they should no longer automatically assume its benefits and effects for women but instead make more deliberate efforts to engage with a feminist driven body of knowledge that has convincingly critiqued and challenged its claims and assumptions and presented viable alternatives (4). Three important building blocks for entrepreneurship promotion that may address the gender bias in the entrepreneurial context can be derived from this body of knowledge.

1. Be committed to gender justice: address underlying systems of power

First, programmes need to explicitly adopt a commitment to gender justice as a goal in itself and express how they intend to contribute to this in its theories of change. They need to make the gender bias in the context visible through their problem analysis and investigate how multi layered and gendered complex realities are experienced differently by specific people in specific places. Thus, whereas most contemporary programmes ignore the gendered power relations embedded in the social, legal and economic structures that define the entrepreneurial context and shape entrepreneurial behavior, they should instead ‘politicise’ these and find effective ways to address them.

Most programmes tend to list problems in a gender-blind matter or only as ‘experienced’ by women (5). Her business is then seen as ‘underperforming’, not living up to her potential of generating economic growth, and therefore needs to be fixed (6). This frequently results in interventions designed to advise and support individual women to enhance her business with leadership and networking skills or through training, counseling, mentoring and financing designed to ‘repair’ her under-performance. Here, issues such as gender based discrimination, institutionalised in legal and financial systems or informal practices are omitted and the context in which men and women alike operate is considered gender neutral, not representing it as society’s (political) problem but as an individual issue. As a result, possible solutions and efforts to fix such gender biased systems and practices are not considered.

Instead, entrepreneurship promotion aiming to benefit women and inclusive growth should consider and address those underlying power structures and social norms formally and informally institutionalised and practiced in society, the market place, the legal system and the culture that produce gendered mechanisms of exclusion and marginalisation. Policy makers then become concerned with asking what kind of interventions can effectively address specific underlying gendered power structures that constrain inclusive economic growth. Who has or should have a voice in formulating and evaluating what are appropriate and effective programmes? Which stakeholders, using what formal and informal practices are reproducing, maintaining or changing these structures? In other words, rather than intensifying support programs such as entrepreneurship training and financing specifically for women, policy makers interested in inclusive economic growth, should consider solutions that may reform the gender bias in for example finance institutions by sensitizing bank employees and its leadership. Or, focus on ensuring the protection of fundamental freedoms, liberties and decision-making in an equal manner.

2. Consider economic and social impact: do no harm while changing places

Secondly, it needs to be taken into account that entrepreneurship promotion can potentially have both negative and positive effects, and result in economic gains such as profits and sales but also social gains. Entrepreneurship should be seen as a phenomenon that may reproduce, maintain or transform gendered local practices in diverging ways. Empirical findings are inconclusive as they demonstrate that entrepreneurship promotion can lead both to the advancement of women’s position as well as to the further subordination of women in developing countries (7). Moreover, it can 'push' women into the formal economy but also expand women’s presence in the informal economy or overstretch women’s limited time, causing even further conflict and tension in the work-family interface (8).

On the positive side, entrepreneurship promotion programmes may also change daily life in the household, a neighbourhood or a town through job creation for women, gendered innovations or gender-friendly support structures in the work place (9). If we ignore such possible effects, we may miss out on important opportunities for social change or inadvertently contribute to the work burden some women already experience. Therefore programmes should at all times monitor and evaluate whether and how they benefit or harm women. How do programmes affect the daily lives and experiences of individuals and communities? How can we use private sector development as an instrument to advance different social and economic agenda and change places? How does entrepreneurship promotion reproduce, reduce or increase gender inequalities? What is key here is that policy makers engaged in entrepreneurship promotion and private sector development should carry out regular ‘gender audits’, ‘gender risk assessments’, gender impact studies’ and make use of the rich experience that is available on ‘doing gender’ in policy and program development (10).

3. Beyond the doorstep: family, marriage and children

Lastly, it is imperative that entrepreneurship promotion programmes acknowledge women’s prime role in unpaid care work and take intra-household power dynamics into consideration. Entrepreneurship cannot be viewed in isolation of the family and society’s gendered work divisions of unpaid care and reproductive work and needs to be taken into account in the policy-making process (11). Worldwide women’s position in society to a large extent depends on how care and the family is organised (elderly care, parental leave, day care, etc.) and whether policies or care services are in place. This strongly affects their entrepreneurial choices and chances, and definitions of success. If such care is not provided for or shared with others, it remains difficult for large groups of women to be successful on their own terms, choosing how they invest and distribute their time, energy and resources without being constrained by gendered rules, expectations and workdivisions imposed upon them by society. Studies indicate for example how female-headed households are much more receptive to, and benefit from entrepreneurship promotion or value chain development programmes as they are less constrained by husbands who demand that they devote their time and energy to taking care of them, the household and their children (12). Here lies an important opportunity for those engaged in entrepreneurship promotion and interested in change towards gender-just inclusive economic development. We need to open up the domestic context for debate and start asking policy questions such as: How are men and women experiencing challenging and bending gendered power structures in their household on a daily basis, and how does that constrain or advance their entrepreneurial success? What support is needed and who can best provide this?

We need to remain critical about the assumptions that drive entrepreneurship promotion and stop considering entrepreneurs as solely money-driven and market-oriented individuals who have no sex, no gender, no class, no age, no family, no religion or ethnicity, and who live outside of any specific historical, social or geographical context. Entrepreneurs are not a homogenous group making decisions unhindered by socioeconomic inequalities, unequal distributions of power and income, and relieved of family obligations or care responsibilities. Moreover, they do not experience generic problems and thus are in no need of gender-neutral programs nor ‘special women’s programs’ or other common solutions.

What is evident is that in order to achieve inclusive economic growth, we need policy solutions that address specific gendered constraints in specific entrepreneurial contexts that specific men and women experience in their daily lives at multiple levels. Feminist perspectives can help us develop frameworks for impact analysis that do justice to such complex contexts and unravel their gendered subtleties, listing alternative interventions and policy practices appropriate in particular contexts for specific people ‘that work’.

Saskia Vossenberg works as a Consultant on Gender and Development and is Research Fellow and Lecturer at Maastricht School of Management, The Netherlands.

Maastricht School of Management offers fast-track, executive and tailor-made courses for policy-makers and development practitioners interested in gender and economic development. More information can be found at www.msm.nl.

This article is based on the paper: Vossenberg (2013) Women Entrepreneurship Promotion in Developing Countries: What explains the gender gap in entrepreneurship and how to close it? MsM Working Paper Series, No. 2013/08.

1. I here understand ‘entrepreneurship promotion’ as the deliberate organisation of a set of policy goals, problems and financial and non-financial solutions enacted by state and non-state actors with a view to influence and intervene in entrepreneurial behaviour and context that occurs across a range of sectors in both the formal and informal economy.

Brush, de Bruin and Welter. 2009. A gender-aware Framework for women’s entrepreneurship. International Journal of Gender and Entrepreneurship, Vol.1, No. 1, 2009, p. 8-24.

Vossenberg, S. 2014. Beyond the Critique: How Feminist Perspectives Can Feed Entrepreneurship Promotion in Developing Countries. MsM Working Paper Series No. 2014/14.

This article was published in GREAT Insights Volume 3, Issue 6 (June 2014). 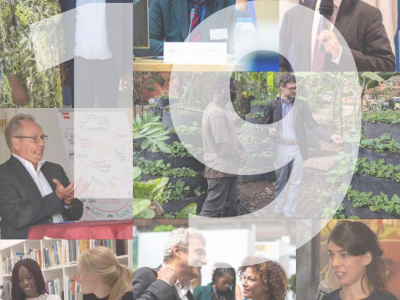