Barriers to trade in agricultural goods: let’s focus on solutions, not on problems, Talking Points, Jeske van Seters, 22 February 2013
Account of the “Food Across Borders” conference in West Africa West Africa has far-reaching commitments to promote intra-regional trade. The Economic Community of West African States’ trade liberalization scheme, launched back in 1990, provides for the elimination of tariff and non-tariff barriers between the region’s 15 member states. Also the regional agricultural policy, adopted in 2005, reflects this ambition, the regionalization of agricultural and food products is at its core. Both frameworks should contribute to food sovereignty and food security in West Africa, particularly through enhanced cross-border trade between food abundant and food deficit areas. (...)

African Renaissance 2.0 needs to focus on IDEALS, Talking Points, Faten Aggad, 25 January 2013
Few When former South African President Thabo Mbeki brought back the notion of an African Renaissance to the African political circles in the late 1990s, the continent was at a different place than it is today. It was still suffering from decades of civil wars, dictatorships, bad governance, and socio-economic hardship. Africa was the ‘hopeless continent’. These were the issues the forefathers of the ‘African Renaissance’ sought to tackle when they set out to launch a plethora of new initiatives aimed at promoting popular participation and good governance, peace and security, ensuring the economic take off of (...)

Time to clear the confusion around the Comprehensive Approach, Talking Points, Andrew Sheriff, 25 January 2013
Despite he EU’s “comprehensive approach” in external action policy has provoked a range of responses – but the most widespread seems to be confusion. Ask 10 people from across the EU institutions to define the comprehensive approach and chances are you’ll get 10 different answers. While the basic premise is simple enough to grasp, it’s hard to find consensus, common language or any sense that the EU is actually acting comprehensively. Current developments in Mali have made the necessity for clarity even more pressing. This blog seeks to explore the key questions needed to frame the (...)

From Aid for Trade to Aid for Business, Partnership and Profits, Talking Points, Bruce Byiers, 23 January 2013
The OECD hosted the 2013 Policy Dialogue on Aid for Trade last week to discuss “how to continue delivering aid for trade results in a changing international environment for trade and development”. While this in part retread old ground, discussions nonetheless suggested that a change in thinking is taking place, particularly in terms of working with the private sector and helping developing country companies enter into global value chains. As my colleague Dan Lui discussed in a previous blog, the Aid for Trade agenda has faced a constant stream of questions, among others about definition (...)

This article was published in Great Insights Volume 2, Issue 2 (February-March 2013) 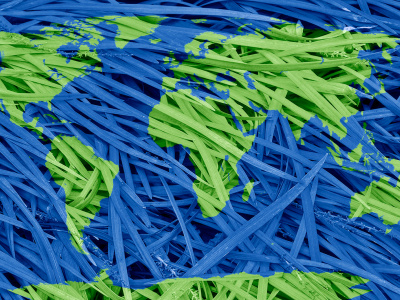