FFD3 – a steady start to a rocky road ahead?

JM
What's on this page
% Complete
table of contents

If the degree of consensus achieved in the Third Financing for Development Conference (FFD3) process is anything to go by, the omens look good for the post-2015 agenda and the agreements that need to be achieved for a new set of UN Sustainable Development Goals.

This was just the first hurdle to cross out of three international fora in 2015, but all things considered it went reasonably well. This bodes well for the UN General Assembly in September. December’s COP21 Climate Summit in Paris is another matter.

Sticking points The final draft of the text for the Addis Ababa Action Agenda was issued on 7 July, a week before delegates arrived in the Ethiopian capital. The first positive sign greeting the 7,000 participants on arrival was thus that there had been no call for reopening talks before the start of the conference itself.  Apparently, most member states were generally happy with the content of the document and willing to go along with the various compromises made to achieve agreement. The three major sticking points were: Working mostly behind the scenes, the Ethiopian hosts and the two FFD co-facilitators (Guyana and Norway) negotiated with the parties and took the process forward to a successful conclusion. On CBDR the parties agreed to disagree, the language on locating tax governance in the UN’s Committee on Experts on International Cooperation in Tax Matters was strengthened, as was the wording on linking Financing for Development with the Sustainable Development Goals.

Aside from the negotiations and the roundtables, there was an extensive programme of side events with up to 25 running simultaneously in nearby hotels. Inevitably, given the formalised way the UN works, there was much more of a buzz at these side events than in the conference itself, with a huge variety of ideas and proposals being exchanged. While the FFD agreement provides the framework, hope for its successful implementation was rather to be found in the energy and innovation displayed at these side events. Targets and contributors The FFD3 process has therefore delivered, and delivered a reasonably good Outcome Document with a fair degree of consensus behind it. Consistent with the analysis in the European Report on Development 2015, the Outcome Document gives pride of place to an extensive discussion on domestic public resources. It is in this context that the fight against illicit-finance flows and international tax cooperation are vital, although this is not the only measure or policy that can enhance revenue collection. The Outcome Document also recognises the important role that private finance needs to play. A wide range of both domestic and international stakeholders are expected to contribute including private firms, philanthropists and migrants’ remittances. But there is also a discussion on access to finance and ensuring inclusive access. It is here that the multi-stakeholder nature of the proposed partnership emerges most obviously. One of the Outcome Document chapters is devoted to international public finance and many developing country governments highlighted the continuing failure of OECD countries to achieve agreed ODA targets. The more noteworthy features here is the growing emphasis on aid targeting Least Developed Countries (LDCs). The EU’s commitments to achieve both the overall 0.7% ODA/GNI target and the 0.2% ODA/GNI to LDCs within the time frame of the post-2015 agenda gets specific mention. Various EU Member States also announced they were moving to spending 50% of their ODA in LDCs in the short term. This chapter also contains a discussion on South-South cooperation emphasising the need not just to strengthen it but also to improve its development effectiveness. But the overall narrative retains a strict distinction between ODA and South-South cooperation. In other words we are not yet moving away from the dominant North-South model of international cooperation. This chapter also covers various global funds that, while largely financed from international public finance, do also involve private contributions. If one of the objectives of FFD3 was to promote multi-stakeholder partnerships, a better option might have been to create a separate heading in the document to cover these global funds. Policies also matter Throughout the document there is an emphasis on effective policies to support, compliment and catalyse finance. This reflects one of the main messages of the 2015 European Report on Development. Sound regulatory frameworks at national as well as international levels are discussed at some length. Finally there is a discussion on data, accountability and monitoring. The FFD process will continue using existing institutional arrangements with an annual five-day forum in the framework of the UN ECOSOC. All in all then, a fairly predictable outcome that very largely reflects the negotiations that preceded the event, but also one that shows a strong measure of consensus in many areas even though all parties have additional things they would have like to have seen included. The major sticking points were resolved largely behind the scenes, but also in good time by the start of the last day, allowing participants to talk of a successful conference even before it had officially ended. Perhaps this reflects a sense that the overall post-2015 process has been relatively comprehensive and by now the arguments, positions and scope for agreement are well known. If so, the momentum could carry the process on through the UN General Assembly with a similarly smooth agreement of the SDGs. Whether that momentum will be adequate to also carry the process through to an ambitious agreement at COP21 is another matter.

The views expressed here are those of the author, and not necessarily those of ECDPM

Loading Conversation
Africa Europe
You may also like
Paper
Building the Capacities of Political Parties in Southern Africa: Reviewing the Strategy of the Netherlands
Commentary
Economic transformation in Africa: What is the role for business-to-business in the mining sector?
Commentary 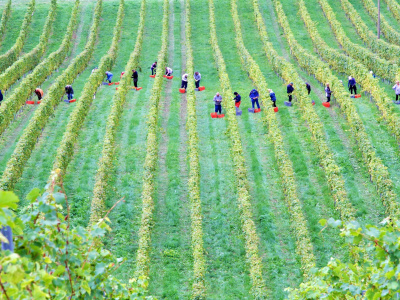