NK
What's on this page
% Complete
table of contents
Water, energy and land belong to the most under-pressure resources today. This year’s European Report on Development, to be launched in mid-May 2012, focuses on these 3 key natural resources and analyses how the ways they are managed affect development objectives. The Report examines the constraints on each, the interrelationships between them and considers how water, energy and land can be managed together to promote economic growth in the poorest developing countries – growth that is both socially inclusive and environmentally sustainable. While the Report’s layout and formal launch are being prepared, this blog post, part of a series of articles by the Reports’ research team, provides a “sneak preview” or an appetiser for what the full report will have on offer. The European Report on Development 2012, entitled “Confronting Scarcity” points to the urgent need to radically transform approaches to managing water, energy and land. Current methods often deal with these resources in splendid isolation from one another. Such a radical change is needed to satisfy the growing demand for water, food and energy without transgressing environmental limits or tipping points. It involves institutional change and joint implementation by the public and private sectors, both in the North and in the South. The Report looks particularly at the roles of 3 different actors and what need to do in order to meet this transformational challenge: This ‘sneak preview’ blog post takes a look at the roles of the European Union. The EU has a major impact on the global management of natural resources and is responsible for one-sixth of the global environmental footprint. It is clear that if the whole world consumed as Europeans do, the pressures this would create for land, water and energy would spin out of control sooner or later. First and foremost, the ERD’s main findings confirm that today’s institutions are inadequate to deal with water, energy and land (the WEL nexus) in an integrated and sophisticated manner. In light of this, the report strongly recommends that the EU should advocate for and support the international community in setting up binding agreements and regulatory frameworks to reduce emissions and promote the management of water, energy and land in a manner that is consistent with the goals of inclusive and sustainable growth. The recent EU Council’s response to the zero draft outcome document of the Rio+20 UN Conference on Sustainable Development shows some promising signs of the EU’s readiness to do so, but the report puts forward additional suggestions and calls for more action to close the observed global governance gap. In addition to backing or driving such global reforms, the EU and its Member States can help poor countries to achieve inclusive and sustainable and growth by using the full range of its policies, not only development cooperation. The EU has committed itself to promote Policy Coherence for Development, i.e. taking account of the interests of low-income countries within national and European policy processes (this is legally set in Article 208 of the EU’s Lisbon Treaty). The European Commission, Council and Parliament recognise the need for joint problem-solving and the needs of low-income countries. The principle of Policy Coherence for Development should also inform the EU’s next budget for 2014-2020, the so-called Multi-Annual Financial Framework, and inform the design and implementation of key policies such as the Roadmap to a Resource Efficient Europe and the reform of the EU’s contested Common Agricultural Policy. Besides the need for reforms of EU domestic policies affecting the management of natural resources beyond European borders, the Report will also look at the role of EU development cooperation. To modernize its development cooperation, the European Commission presented a policy reform proposal entitled “Agenda for Change” in late 2011. While this proposal may help to reorient EU development cooperation stronger towards inclusive and sustainable growth, there is need for further European efforts.  The Report’s water, energy, and land-nexus view suggests that the emphasis given in the Agenda for Change on sustainable agriculture and energy will also need interventions in the area of water. The EU Council of Ministers is currently in the process of discussing the EU’s proposals, and will adopt its political conclusions on the Agenda of Change by the time this Report is published. I hope that this blog post will help wake the appetite of some of you, while other previews published on the official European Report on Development blog may appeal more to others with other culinary tastes (e.g. a closer look at large scale land acquisitions, the role of the private sector, etc.). -- Niels Keijzer is Deputy Programme Manager EU External Action at ECDPM. This blog post features the author’s personal view and does not represent the view of ECDPM.
Loading Conversation
You may also like
Guide 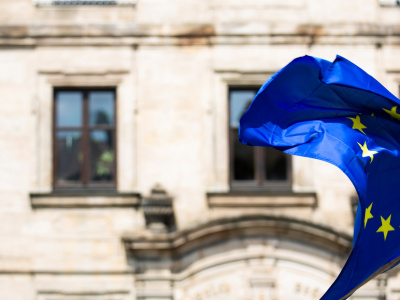 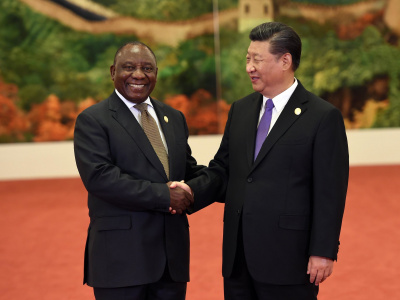 Testing the relationship: China’s ‘Corona diplomacy’ in Africa
Great Insights magazine
Challenges, and Great Potential, for Mobile Technology in African Agriculture
Commentary
From one grain to another: The rise of rice in West Africa
Great Insights magazine
Fast-tracking connectivity solutions through private-public partnerships in Africa
https://ecdpm.org/work/european-report-on-development-2012-the-eus-role-in-promoting-development-friendly-natural-resource-management-a-sneak-preview