European contribution to stability and development through external cultural action

DH
GG
What's on this page
% Complete
table of contents

A ring of fire instead of a ring of friends: that is what the EU got as a result of its Neighbourhood policy. The EU has failed to create an area of development and stability on its doorstep and has largely disenfranchised many of the populations in the Southern Mediterranean. Yet, it is never too late to put trust and culture more at the centre of external action, especially in times of conflict. Cultural diversity brings people back to the basic values of human existence; it gives people hope, makes them laugh or cry, and gives them symbolic tools to cope with reality. In this blog we argue that EU’s external action would make a difference with a modernised culture-sensitive approach to crises and wars in the Mediterranean and Eastern Europe.

There is in fact a growing body of knowledge on different facets of the culture and conflict nexus.

Conflict phases and the role of EU’s external cultural action

Conflicts vary in intensity, as often described visually, as well as in the EU’s communication on a comprehensive approach to crises. At each stage the EU can contribute to prevention, crisis management, peace-enforcement and peace-keeping and peacebuilding.

In each and all of these activities, cultural expression plays an important role.

When violence is at its worst, grassroots cultural activities still take place and are highly appreciated by populations in dire straits. Due to the insecure context in which they are held, these initiatives are often ad hoc and piecemeal and sometimes take place outside the conflict areas. Examples range from cultural workshops for Syrian children in refugee camps to help them cope with the distress, to Susan Sontag’s staging “Waiting for Godot” in Sarajevo under siege which attracted international solidarity. Emergency protection of cultural heritage is also done by UNESCO and associations of cultural professionals. EU and NATO security and military experts engaged in conflicts have learnt that “winning the hearts and minds” of populations during conflicts is an essential objective: yet only trust - and therefore cultural mutual understanding - can help achieve this when peace is the real objective.

In low intensity conflicts, research on culture and conflict shows that performing arts have been used in conflict resolution programmes and to help cope with trauma in countries such as Sri Lanka, Northern Ireland and Democratic Republic of Congo - some organisations like Search for a Common Ground have even developed trainings and manuals and heavily invested, as well as many national culture institutes, in the Middle East and in the Balkans. While evaluating the impact of performing arts on reconciliation is not easy the same could be said of mere security interventions.

When peace is in sight, heritage reconstruction can help the economy by promoting tourism and help change the image of the country abroad and, when managed sensitively, can contribute to reconciliation.

A culture of peace is about dialogue on common values and cultural - and religious - diversity. It plays a central role in violence prevention through media (such has the Cultures d’Islam radio programme by late Abdelwhahab Medeb) education, training, awareness raising and sensitisation at all levels and stages of life. Investing in education, cultural policies and the creative economy is an imperative of violence prevention. The Anna Lindh Foundation was created to promote such values in the Mediterranean but according to its president André Azoulay, it has so far been largely under-used by EU institutions.

How can the EU modernise its contribution to stability and peace by investing in the cultural field?

Supporting culture in conflict is obviously not without risks, but they are largely manageable: cultural professionals may feel manipulated, the EU risks to be seen as taking sides (which it often does already anyway by promoting and supporting human rights). Evaluating cooperation programmes’ impact is always a challenge though innovative reflections are ongoing in the cultural field.

The EU already funds cultural relations but not enough and in isolation from its other tools. A better integration of culture in the EU’s response to conflict and crises can be seen as a part of the implementation of the EU’s comprehensive approach. Investing in external cultural action is not yet on the top of the political agenda but there is a growing recognition that it is worthwhile. In the short term, the EU could use instruments such as the Instrument contributing to Stability and Peace (IcSP) as well as other flexible facilities and more largely development cooperation programmes to address conflicts through cultural relations, support to cultural practitioners and creative entrepreneurs in crisis and post-conflict settings. Organisations such as the newly launched European Endowment for Democracy could also be well-suited actors, as shown by its support to Azerbaijani independent media initiatives.

Investing in cultural action for stability and peace is possible and feasible. It is up to EU leaders to decide whether they want, at last and as its founding fathers themselves acknowledged, to start by working on a European external cultural project, and enter in a more reciprocal dialogue with peoples living at its borders. 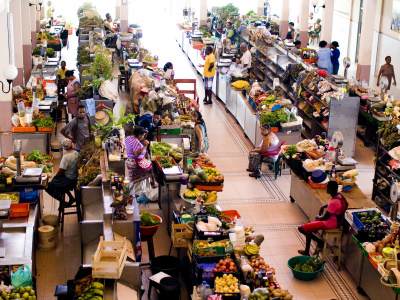 Is the EU ready to renew its engagement with more advanced developing countries?
Commentary
A step in the right direction for the EU’s fight against Ebola
Great Insights magazine