What's on this page
% Complete
table of contents
“Jobs” are the focus of the recently launched World Development Report 2013. This year’s edition of the World Bank’s annual flagship publication raises a host of interesting issues. Key points and take away messages I got from the London launch event earlier this month are: 1) Although labour market functioning is important, labour market policies in developing countries matter much less for employment than other policies because of  implementation difficulties and the fact that most employment is informal. 2) Relatedly, although most people in developing countries are informally self-employed on farms and in micro-enterprises, it doesn’t mean that policy should focus on these types of employment – rather the focus should be on creating other more productive types of employment of those people. 3) Agglomeration effects from jobs and companies with spillovers can matter in this regard, so cities and other spatial approaches (perhaps such as trade corridors although that wasn’t mentioned) are important to understand in order to promote employment creation. 4) Job creation and destruction are a normal part of economic growth and structural tranformation, but measuring job impacts of development and aid policies is difficult precisely because of this potential job displacement. 5)  The interest then isn’t any job, but ideally those with high productivity or at least high productivity growth prospects… While some at the launch event pointed to the absence of any discussion on migration, and others to the lack of emphasis on the impact of financial globalisation on job security, and while the ambition to “move jobs center stage” clearly chimes with the growing concern in addressing youth unemployment, it made me wonder: hasn’t promoting economic development always been about job creation and employment? Seems it is. Using trade policy and regional integration for development is ostensibly about promoting relatively more productive over less productive sectors, and therefore jobs within those sectors. The private sector development agenda is about promoting productive investment and employment either through improving the business environment or more interventionist policies. Fiscal policy is about raising revenue from formal employment and incomes and investing in public goods for social benefits but also to promote the economy and employment. Also engaging the private sector for development and Foreign Direct Investment promotion are fundamentally about trying to link small-scale producers and therefore jobs to these larger investments while debate centres on how to ensure reasonable employment conditions and standards. Recent growth corridor initiatives are about linking agricultural smallholders to large corporations and agglomeration effects from coordinated investments within restricted geographical areas such as southern Tanzania or inland Mozambique. The Aid for Trade initiative, which in its broadest definition basically covers all the economic productive sectors, is certainly also about employment… So the question that arises is then perhaps, what does putting jobs center stage mean in practice? The World Development Report mentions a “targeted investment climate” towards job creation. Although less clear on what this would actually entail, the idea of skewing policy towards job creation seems quite sensible on the surface. It suggests that what we really want is a labour-intensive private sector development and trade agenda. But again, this is what we talk about anyway given the recognition that jobless growth cannot contribute much to reducing poverty. Along these lines, DfID Chief Economist Stefan Dercon as main discussant at the report’s launch event asked, “what about a ‘Doing Good Jobs’ ranking”?  One of the major policy “marketing successes” in development policy has been the World Bank’s Doing Business index, which - despite criticism of its underlying assumptions - has brought many developing country governments’ attention to which rules and regulations they put in place for businesses. So indeed, might a jobs-focused index do the trick to better focus attention? It would inevitably also be imperfect, but nonetheless, it seems like a potentially powerful tool. Other discussants pointed out that macroeconomic policies in developing countries might focus on employment rather than price stability. But further, a jobs-centred development policy could end up being less about sectoral approaches to development and more about the numbers of jobs created. So should labour-intensity of growth be the focus of development attention? What consequences would rewarding job creation through public incentives entail? Whatever the answer, ultimately, like private sector and agricultural development to take two examples, it all boils down to political economy questions. What would it take for policies to promote employment creation more explicitly to take place? In the World Development Report there is a diagram suggesting decision makers to “identify constraints” and then either “remove constraint” or “offset constraint” – although this is clearly meant as a simplification, presenting policy processes in such a way is over-simplifying the whole development problem. The key then is to understand how and where employment has successfully been created, through what policies, and what lessons can therefore be learnt for identifying politically feasible and innovative employment-boosting reforms. -- Bruce Byiers is Policy Officer Trade & Economic Governance at ECDPM. This blog post features the author’s personal views and does not represent the view of ECDPM.
Loading Conversation
You may also like
Great Insights magazine 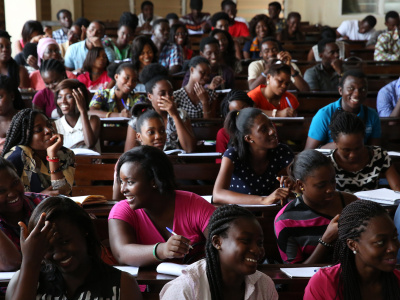 A new Africa for the youth: Beyond the colonial thought
Brief
EPA Development Support: Why the ECDPM intends to work in this area, what it plans to do and how
Great Insights magazine 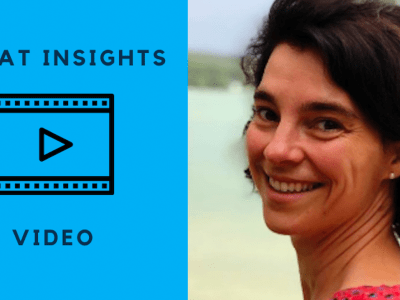 Negotiating the next EU budget: A unique opportunity for EU foreign and development policy
Commentary
“Revolutions need to come from inside but transitions can do with support from outside” – So, what is the EU offering?
https://ecdpm.org/work/employment-its-what-weve-always-wanted