At the 2005 World Trade Organization (WTO) Ministerial Conference, Members agreed that: “Developed-country Members shall, and developing-country Members declaring themselves in a position to do so should, provide duty-free and quota-free market access on a lasting basis, for all products originating from all LDCs by 2008…”. India became the first among emerging economies to propose a preferential trade scheme for least developed countries (LDCs). India’s duty-free trade preference (DFTP) scheme was launched in April 2008, and became fully operational in October 2012 when the tariff phase-down was completed. The scheme offers duty-free access to LDC exports on 85% of Indian tariff lines; a further 9% of tariff lines offer a margin of preference ranging from 10% to 100%. The remaining 6% of tariff lines are excluded. In launching the scheme, the Indian government drew attention to the products “of particular interest to Africa” that enjoy preferential access under the scheme. These include cotton, cocoa, aluminium, copper, cane sugar, garments, fish fillets and non-industrial diamonds, among others. On the other hand, the scheme excludes key LDC exports, such as coffee, tea, fruit and vegetables, spices and iron and steel.

To date 29 LDCs have joined the scheme, 22 of which are from sub-Saharan Africa. While it is arguably too early to fully assess the effects of the DFTP scheme, five years after its launch, it is nevertheless time to take stock of the scheme’s actual implementation, assess its impact on LDC exports to India and identify factors that may be constraining the scheme’s effectiveness with a view to making policy recommendations for improving the relevance and impact of the initiative. We do this with reference to African LDCs, which are known to be facing important challenges to trade and structural transformation.

Before assessing the scheme’s impact, it is useful to ask if the conditions necessary for LDCs to benefit from the scheme are present. These include (a) the LDC’s capacity to export, (b) the degree of inclusiveness of the scheme, and (c) the extent of product complementarity between beneficiary-country exports and India’s import needs.

Using a threshold of US$1 billion, corresponding to the median value of LDC global exports, as a proxy for export capacity, we find half of the 29 beneficiary countries (BCs) incapable of benefitting from India’s DFTP scheme. The top four global exporters are all Asian LDCs while eight of the bottom ten are African.

To assess the inclusiveness of the scheme, we look at the share of products excluded under the scheme in the global export basket of beneficiary LDCs. If LDCs’ exports in these products constitute a high share of their world exports, then the scheme may not be considered to be inclusive by its design. Fortunately, this share, averaged across all BCs over the period 2009-2011, is about 15%, which is rather low. However, this average masks significant variation across LDCs. At one extreme, Lesotho has virtually all of its exports included under the scheme; at the other, Burundi sees 82% of its exports in India’s exclusion list. Eleven countries have less than 10% of their exports excluded while six LDCs – all of which are African – have over 40% of their exports excluded.

Finally, we gauge the extent of trade complementarity between India and the LDCs in two ways. At the aggregate level, we ask if sufficient demand for “preference products” (products that are duty-free or enjoy a preference margin) exists in India. For this, we look at the share of preference products in India’s imports from the world. Since 2008, these products made up the quasi-totality (94.5%) of India’s imports, which indicates that an LDC exporting a product included in India’s DFTP scheme can theoretically export to India. At the bilateral level, however, as our second indicator shows, product complementarity varies significantly across countries. In fact, for 11 countries, 7 of which African, India’s import demand for their top 20 export products is modest, constituting less than 3% of India’s global demand.

Based on the above three conditions, Bangladesh, Madagascar and Myanmar are relatively better positioned than the other BCs to take advantage of the market access opportunities offered by the DFTP scheme. Other countries are less likely to benefit since they perform poorly on one or more of the three indicators. At the bottom of the list are Burundi, Rwanda and Somalia. These LDCs have very weak export capacity; many of their export products are excluded under the scheme; and there is a low degree of complementarity between their export basket and India’s import demand (Table 1).

Assessing the impact of the Indian duty-free scheme

It is difficult to assess the performance of the DFTP scheme without controlling for other factors. Moreover, Indian customs data does not distinguish imports taking place under the DFTP scheme; it assumes that imports from a beneficiary country must automatically be under the scheme. In practice, this may not be the case. Obtaining certificates of origin may be a cumbersome process and not worth the hassle where the margin of preference is very small. Bearing these caveats in mind, we examine the scheme’s impact by comparing LDC export trends before and after the scheme came into effect. Specifically, we compare average exports in the post-DFTP period (2009-2011) with average exports in the pre-DFTP period (2005-2007).

The scheme would be deemed to have been effective if the first and at least another of the following conditions hold:

Our analysis suggests that:

Altogether, it is difficult to conclude from the analysis whether the scheme has had the desired impact on BC exports. On the one hand, India has become a significant export market for Asian LDCs such as East Timor, Bangladesh, Cambodia and Lao due to their geographical proximity and cultural and economic affinity with India as well as the fact that the DFTP scheme includes the bulk of the products exported by these countries. On the other hand, India remains a marginal destination for many African LDCs’ exports. Some LDCs, such as Uganda, have seen overall growth in exports but closer analysis shows that exports of excluded products increased faster than preference products’ exports – something that is difficult to rationalise. By 2012, only 1% of Uganda’s world exports were directed to India. And in the case of LDCs such as Zambia, Rwanda, Eritrea, and Burundi, exports to India actually decreased since the implementation of the scheme.

At the fundamental level, it appears that the scheme’s effectiveness is limited by its very design: it excludes a number of products of key export interest to African LDCs (e.g., dairy products, fruit and vegetables, coffee, tea, maize, vanilla, tobacco products).

Moreover, even where duty-free treatment is given to a product, its export may actually be limited by various types of non-tariff measures applied by India. These include the administrative costs of complying with the DFTP scheme, regulatory requirements such as SPS, and rules of origin. Indeed, survey data suggests that obtaining a certificate of origin and an SPS certificate are the most burdensome non-tariff measures (NTMs) that African firms exporting to India face. Finally, while rules of origin are clear and simple (30% domestic value added and a change in tariff heading), the fact that no cumulation is allowed, whether regionally or with India, may in the long run discourage both South-South trade and product upgrading along the value chain.

India’s offer of an improved development package featuring extended lines of credit, technology transfer and capacity building, alongside private sector-led investments in key sectors, can do much to offset some of the above constraints and foster structural transformation in African LDCs. In the short term, however, if India were to aid Africa’s development, it should revisit the DFTP scheme so as to make it more inclusive and relevant to African LDCs. Simulation results suggest that global welfare and welfare of African LDCs would increase by US$561 million and US$1201 million, respectively, if India moved to a 100% duty-free quota-free regime. The loss to India would be a paltry US$171 million, which, in any case, might be compensated by the resulting dynamic gains from liberalisation over the long term. If India is serious about its declared intent to help LDCs achieve sustainable development through trade, it should not hesitate to go the extra mile.

Vinaye Ancharaz is Senior Development Economist at the International Centre for Trade and Sustainable Development (ICTSD).

Paolo Ghisu is Programme Officer for the Competitiveness and Development programme and the Aid for Trade programme at ICTSD.

Jessica Wan is an intern with the Global Programme at ICTSD.

This article was published in GREAT Insights Volume 3, Issue 4 (April 2014.)

Loading Conversation
Africa India
You may also like
Commentary
Sorting out the what, how, and who for regional action on agriculture in Africa
Paper
Striking the Right Balance: The Future of NAOs in ACP-EU Cooperation
Commentary
Lost opportunity to build bridges: African Ministers of Agriculture and Trade meeting postponed
Paper
A question of leadership? Challenges for Africa-EU relations in 2014
Great Insights magazine
Aid for Trade works
Great Insights magazine 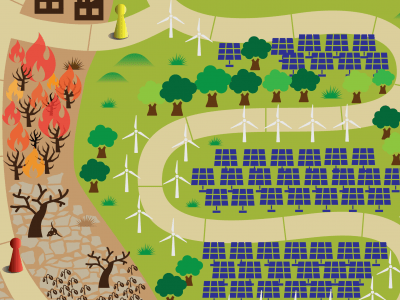 COP26 and beyond: It's choice, not chance – Volume 10, Issue 2, 2021
https://ecdpm.org/work/emerging-economies-and-africa-volume-3-issue-4-april-2014/can-indias-duty-free-scheme-foster-trade-and-development-in-african-least-developed-countries