Brexit day is here – What’s next for EU-UK development cooperation?

On 31 January, the United Kingdom will leave the European Union. After three-and-a-half years, some of the uncertainty around Brexit has finally ended. What we don’t know yet, however, is what future collaboration between the UK and the EU on development and international cooperation will look like. What hints do the UK-EU political declaration, recent political priorities and technical documents give us?

Negotiating future international and development cooperation is different from trade

The EU’s Common Foreign and Security Policy is even more driven by member states, which continue to run their own separate foreign and security policies. This makes the negotiations on the future EU-UK relationship in foreign and development policy and its spending different from negotiating the future trade relationship.

The UK is not regaining its own foreign and development policy which it always had, but is rather losing participation in the EU’s collective decision-making, including its spending elements. The EU and the UK still want to try and influence each other however, particularly in a more turbulent world.

There is now an 11-month window to negotiate a new EU-UK relationship relevant to development and international cooperation as part of the overall relationship (for a timeline, have a look at our visual below). But will it be taken seriously, downplayed or entirely abandoned?

It is clear that negotiating the future trading relationship between the UK and EU will be the top priority for both sides, with everything else floundering or buoyed in its wake. Some think this priority focus on inevitably contentious trade issues will crowd out any political or technical space, not to mention the goodwill to explore other issues, particularly those related to development and international cooperation.

New licence to at least explore the options?

At the very least, the joint political declaration on the framework for the future relationship between the European Union and the United Kingdom provides a clear number of commitments relevant to international cooperation and development to build on. These could find their way back into the individual negotiating mandates on both the UK and EU sides. Negotiating mandates lay out the scope and objectives that both sides seek in the new intergovernmental agreement governing the relationship.

It’s neither clear if the mandates will be public documents, nor how much underlying positions may evolve politically over the negotiations. Yet if certain development-related aspects generate enough political interest and make it from the declaration into the negotiating mandate, civil servants in both the EU and the UK will at least be given the task of coming up with a position and real technical proposals to put on the table.

Based on the political declaration and other statements, there are four important questions that need answering.

1. UK-EU future relationship governance – how could international cooperation plug in?

Time is short, the political agenda is fraught, and no-one is going to get everything they want overall. From the get-go, there could be a dramatic roll-back on the scope of the political declaration and all its development-related components – particularly as the UK political leadership has changed since the majority of it was negotiated.

Alternatively these commitments could be in the negotiating mandates, but with little to no investment in political or bureaucratic energy to strike deals in these areas. A more optimistic view would be that some of these development-related areas could be easier to make progress in, which would be positive for the negotiations. Yet the overall tone of the negotiations and what kind of framework governs the partnership will significantly impact if and how the international development component can plug in.

2. What place and level for development in the UK-EU security partnership?

After trade, security is the second highest priority. It is clear that both the UK and the EU want a security partnership, since this is given extensive coverage in the political declaration (entire Part III) with mentions of preventing conflict, championing a rules-based international order and common values worldwide.

These ideas are not only articulated in the political declaration, but were also part of the new priorities of the ‘geopolitical’ Commission. The EU’s political guidelines note that “peace, security and development are all mutually dependent” and that the “[EU] need[s] an integrated and comprehensive approach to security”. The UK is organising its own Integrated Security, Defence and Foreign Policy review, which includes development. So there is political and policy momentum to draw on, both in the UK and EU.

Yet, somewhat surprisingly, the EU’s first thoughts on a future partnership when it comes to foreign policy, security and defence do not include development – although it is still early days in the negotiations. And although it upsets development purists concerned about the securitisation of development, tagging development considerations onto discussions about security is perhaps the best way to ensure that some of them make it to the top table of the EU-UK discussions.

Indeed, the UK recognises that on issues of irregular migration, international cooperation for peace and security, and humanitarian responses to crises, the EU has assets the UK itself does not have. For the EU, the UK’s security and development capabilities, networks and expertise are still somewhat attractive when taken together.

3. How will the UK cooperate with the EU at the global level on development-related issues?

The UK and EU clearly committed to global cooperation, including on sustainable development in international fora, particularly the G7 and G20 (article 75). The declaration also reaffirms cooperation on climate change in the UN and Paris framework (article 76). But again, the question here is rather ‘how’.

The EU uses its Common Foreign and Security Policy and intergovernmental structures to come to common positions, something that the UK will no longer be part of. What will be the depth and breath of alignment between the UK and the EU? Signing onto broad-based statements that are positive for development and climate is not the same as aligning closely on their drafting, promotion and implementation, and making use of collective networks towards this end.

Will there be a reflex to work together, or will collaboration be more on an à la carte pick and mix basis when it suits the agenda?

4. How could the UK contribute to the EU’s financial instruments relevant for development cooperation?

Channelling UK money through the EU is both a political and technical issue. The political declaration notes a willingness to explore this at the overall level, including “overseas development and external action” (article 11) and also specifically when it comes to development-related instruments and programming (articles 106 and 107). But the sticky issue has always been the ‘how’ and the ‘how much’.

The EU does not want to allow the UK to cherry-pick areas of cooperation or give the UK undue influence over EU spending, nor set precedents in the development and external action sphere that the UK can use elsewhere. Conversely, the UK has no desire to write blank cheques without input into spending decisions, and also wants UK aid agencies to be able to access EU funds.

The EU multiannual financial framework for 2021-2027 has been prepared and is being negotiated with the assumption that the UK will not be paying in overall. There is some space overall for ‘third party contributions’. The EU also proposes to look into this in more detail during the negotiations under the area of “UK participation in Union programmes”. While it will look at the issue overall, collaboration could be different in research and education exchanges as compared to development cooperation, because of different proposed instruments covering these areas.

In the regulation of the proposed €89.2 billion for the EU’s Neighbourhood, Development & International Cooperation Instrument (NDICI) there is scope for third party contributions. There is less scope under the €11 billion for the Humanitarian Aid Instrument – ironically an area that the UK rates highly and where UK humanitarian agencies enjoy a global reputation.

The EU is also currently engaged in the strategic programming of the money for 2021-2027. Politically, the UK will not want to be seen to be channelling large sums of money through the EU unless it can make a strategic and political case for this. Neither will the EU want to be seen as opening up undue influence on its international spending to a non-member. Despite the UK having large sums of aid to spend and a desire to retain influence in Europe, and the EU being keen for additional resources and UK expertise and insight, it is not clear whether this will be enough to bridge the political and technical gap.

Everything to play for, a lowering of ambitions or the end of effective cooperation?

Realising the third option will require a significant demand from both sides as well as a mastering of the technical deal. If there is no technically-savvy constituency advocating for it on both sides, it is unlikely to be ambitious. Whether this adds to achieving development outcomes and the global and European standards both the UK and EU have commited to, should be a key consideration and not an afterthought.

Brexit and development cooperation: A major connection problem
Paper
How will Brexit affect the Caribbean? Overview and indicative recommendations
Paper 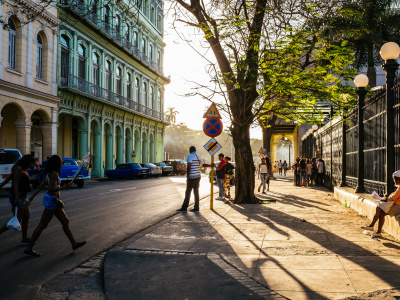 How Brexit may affect ACP-EU relations: an historical perspective
https://ecdpm.org/work/brexit-day-is-here-whats-next-for-eu-uk-development-cooperation