Towards a 4G for Africa-Europe Relations

The relationship between Africa and Europe is as old as history. There are three generations of relationship, which evolved as the economic and political realities on both continents, and more globally, as the centre of political gravity changed with time.Now it is time for a 4th G.

The first generation that followed independence was largely focused on creating new rules to guide the new relationship between former colonial powers and their former colonies. It was under this phase that frameworks such as the Yaounde Convention were launched, essentially to manage trade and development relations. It was mostly unilateral, based on trade preferences with special treatment for few commodities and had a strong aid component. The second generation came with the end of the Cold War: it warranted the revision of relations in order to adapt to the new international realities of a multipolar world. New concepts were introduced in the Africa – Europe relationship, such as political dialogue. This generation saw the move from Lome to the Cotonou Agreement in 2000 and a subsequent launch of the Europe Strategy for Africa in 2005.

Continuing shifts in the international balance of power post-2000 as well as changes within Africa itself have compelled Europe and Africa to, once again, look more critically at their partnership. They both agreed that a more ‘political’ partnership that moves beyond a relationship of aid was a necessity. This spirit resulted in the birth of the third generation relationship, which was marked by the launch of the Joint Africa Europe Strategy (JAES) in Lisbon in 2007. The JAES was quite innovative in the sense that it was the first joint partnership, where an attempt was made to level the balance of dialogue for mutual benefits between the two partners. However, several observers and policy-makers, including within the relevant European and African institutions, largely agree that results are mixed, at best: this third generation partnership fell short of delivering a new type of relationship and did not manage to contribute to the establishment of a true political partnership, between equals (1) All agree that the basis was laid but that more needs to be done, and that in order to improve the relationship, both partners will have to be bold, ambitious and realistic.

Today, the reshuffling in geopolitical power relations again calls for a renewal. More that ever, both Africa and Europe are multiplying and deepening new forms of relationships with their respective strategic partners. While it is not new for Africa to conjugate with Europe’s foreign policy, on the European side, the reverse is however not usual. This new situation therefore calls for profound strategic rethinking of the essence of the Africa-Europe partnership. A fourth generation (4G) relationship, based on the spirit of the Lisbon Summit of 2007, is now necessary to transform the relationship and move towards a more ambitious deal, where the value added of each partner is well underscored.

What does it take to make a change?

There are two fundamental questions Africa and Europe need to address in order to steer the partnership towards a mutually satisfying framework.

The first relates to their respective strategies towards one another. What does Europe expect of its engagement with Africa and where does Africa see Europe fitting in the new constellation of international partners? What are they prepared to do differently, and how far are they willing to go? For instance, in a crisis-stricken Europe, the ‘East’ seems to be a more attractive commercial partner to Africa, as illustrated by the stagnating share of Africa in Europe’s external trade and the declining share of the EU in Africa’s trade (see comparative graphs below). How does Europe adapts its economic and trade strategy so that the later fits Africa’s own interests and agenda while at the same time continuing to capture new markets that Africa is and will increasingly be providing in the upcoming years? The same applies to Africa – how does the continent reconcile its own economic transformation with engaging with Europe as a privileged partner? Similarly, as many African countries’ decrease their dependency on aid, and as Europe increasingly is engaged into a “beyond aid” debate, how will both partners address the financial issues in their relationship?

The second relates to the added-value of the partnership. Europe – Africa relationship is characterized by what looks like big noodle-bowl of competing and not-always-coherent partnerships, making it complex to understand. These frameworks have been developed in specific historical contexts and have evolved with changing international and continental dynamics. They continue today to co-exist and have varying degrees of ambitions and different objectives and agendas that sometimes seem competing or conflicting. However, despite the Joint-Africa EU Partnership (JAES), which is the overall framework for common policy orientation between the two continents, little effort has been done so far by either side to harmonise all these different frameworks. It shows the underlying complexities of such grand projects. This will have to be addressed if the 4G partnership aspires at delivering more ambitious results.

A realistic approach to improving the partnership

How to go about it? Certainly instilling 4G into the relationship is a necessity to redynamise and rejuvenate the relationship between the two partners, beyond the current scope, which seems to be running out of steam. But then, which route to take? Should a 4G Africa-EU relations completely break with the past or should it adopt a softer approach to embrace and consolidate existing frameworks to make them more effective and adaptable to the new geopolitics?

Option 1: Kicking over the anthill

One could be tempted to say that Europe and Africa should be bold enough to make a complete U-turn in their relationship to reinitiate a partnership on new grounds. While this is possible, it requires a profound and radical change in the nature, scale and scope of the relationship on several fronts: mindset, economic and political. In addition, a partnership of equal has costs: it means assuming all what comes with the notion of equality, including financial, economic and political equality. But how far is each partner ready and capable of cutting all habits of (inter)dependency? While it seems that Africa has largely benefited from unilateral trade preferences and aid support from Europe, on the other hand, this type of relationship was very convenient for Europe to drive its own political agenda, interests and values in Africa in return.
Today, although many African countries are performing well economically, many still remain heavily reliant on development support from Europe. And Europe needs Africa more than ever, at least to maintain its presence in Africa, and as geopolitical power shift East and South. It is therefore doubtful whether this could be a feasible option. So although both are seeking for a new partnership, there are obviously limits as to how far they are politically willing to go to make this happen.

The second option is to fix the current relationship by strengthening certain components of the current partnership. While this is a more politically acceptable option, it may actually require more political courage to fix the current relationship because the legacy of past will tend to stand in the way, raising expectations for the future, on both sides. For this to be meaningful, it needs innovative, out-of-the box tools and methods as well as strategic refocusing on fewer, but mutually agreed priorities where both have a real desire to deepen the relationship and are equally committed and capable of delivering promptly. Both need to identify areas where, as continental institutions, they have a real value added in working together. But the risk of building on the existing construction is that the edifice is likely to have weak foundations and therefore potentially prone to more fractures should there be another contextual change in future.

In any case, Africa and Europe have no choice but to step up their relationship beyond political rhetoric and grand declarations. To be meaningful and deliver on results it will require mutual respect and trust, strong two-way commitments, ownership, willingness to compromise, reciprocity (win-win give and take) and shared responsibility. These must be well rooted in focused priorities, shared by both parties.

Shared responsibility and two-way commitments will require some significant paradigm shifts in the way of engagement on both sides. It will require bold decisions to narrow down the scope of the relationship to focus on few but achievable priorities in order to step up ambitions to deliver on a relationship that has a real value added. Too many will spread efforts and resources too thinly and lead to sub-optimal outcomes. Perhaps EU and Africa need to build upon these existing frameworks and establish the principle of subsidiarity, whereby the continent-to-continent partnership focuses only on those areas that can be best addressed at the highest political level and leave the rest to those frameworks.

Visuals in this article were prepared by Sahra El Fassi, Junior Policy Officer in the Africa’s Change Dynamics Program.

This article was published in GREAT Insights Volume 2, Issue 6 (September 2013).

Loading Conversation
You may also like
Commentary
Celebrating Industrialisation Day in Africa: Twenty-four years on, where are we?
Great Insights magazine
SDGs changing the way we engage with the private sector
Report
The Regional Integration of Public Goods: Political Economy of Regional Integration in Southern Africa Series
Brief 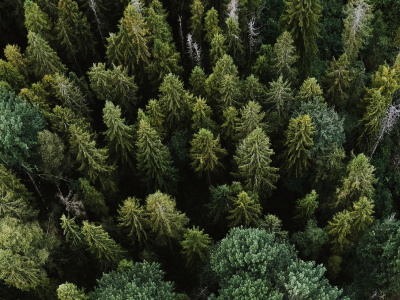