Who's got what it takes for EC top jobs? | Scottish Independence for Dev | Integrated Approach Essential to EU Global Role, Weekly Compass, 12 September 2014
On Wednesday, European Commission President-elect Jean-Claude Juncker put forward his proposals for European Commissioner portfolios and a new Commission structure. The proposals aim to ensure a dynamic interaction of all Members of the College, breaking down silos and moving away from static structures ...

ETTG 'Our Collective Interest' | EU Evaluations Often Remain Underused | Extractive Sector: African Perspectives, Weekly Compass, 5 September 2014
Following the European Council’s agreement last Saturday to appoint Donald Tusk as European Council President and Federica Mogherini as EU High Representative for Foreign Affairs, the EU Council of Ministers is expected today to endorse the European Commission President-Elect, Jean-Claude Juncker’s team of European Commissioners. Juncker intends to announce the distribution of portfolios mid-next week.  The chairs of the European Parliament’s committees plan to meet as soon as they know the identities of the next commissioners, to decide the schedule of their confirmation hearings with the Commission-designates to be held later this month. The new Commission should be appointed by 1 November by the European Council following a vote of consent by the European Parliament on the High Representative of the Union for Foreign Affairs and Security Policy and the other members of the Commission as a body.

US-Africa Leaders Summit | Peace as a Global Challenge | Africa’s Economic Transformation, Weekly Compass, 1 August 2014
The first US-Africa Leaders Summit will take place next week in Washington DC. ECDPM’s Isabelle Ramdoo, in a new blog that is the Editor’s Pick this week, explains it is a remarkable shift in the strategic and diplomatic repositioning of the US in Africa.
On 1 September, the European Think Tanks Group will publish a major report addressed to the new leadership of the European Union entitled Our Collective Interest: Why Europe’s problems need global solutions and global problems need European action. In the run up to 1 September, a blog will be published each Monday setting out the context of these five global challenges. The first in the series, examines peace, security and state fragility. 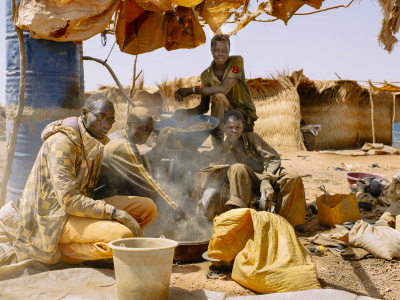