On 28 October, ECDPM and the European Think Tanks Group hosted a public debate in The Hague with Neven Mimica.

The European Commissioner for International Cooperation and Development spelled out his plans for EU development policy and asked representatives of the Dutch Ministry of Foreign Affairs, NGOs, universities, think tanks and the private sector how they see the future of European development cooperation.

Debate panelists included Daniëlle Hirsch (Director of Both ENDS), Mirjam van Reisen (Professor in International Relations, Innovation and Care at Tilburg University and member of the Dutch Advisory Council on International Affairs (AIV)), Aart Jan de Geus (former Dutch minister and chairman of the board of the Bertelsmann Foundation), Christiaan Rebergen (Director General for International Cooperation at the Dutch Ministry of Foreign Affairs) and Giovanni Mastrogiacomo (Policy Coordinator, Policy and Coherence Unit at the European Commission Directorate-General for International Cooperation and Development).

Did you miss the debate? Watch the video or check out the photos and tweets here. 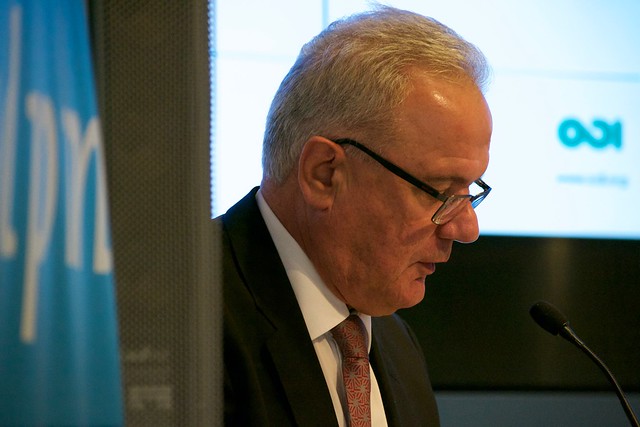 Registration has closed, as we’ve reached the maximum number of participants. However, you can still follow the debate live through our livestream on Youtube or on Twitter via #MimicaDebateNL.

*Please arrive at least 30 minutes before the start of the debate, in order to allow enough time for registration. Coffee will be served at 09:30. Please bring your passport or identity card for registration at the Ministry.

Related to this event

Is Mimica holding all the aces?